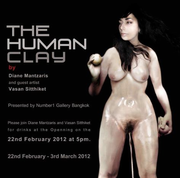 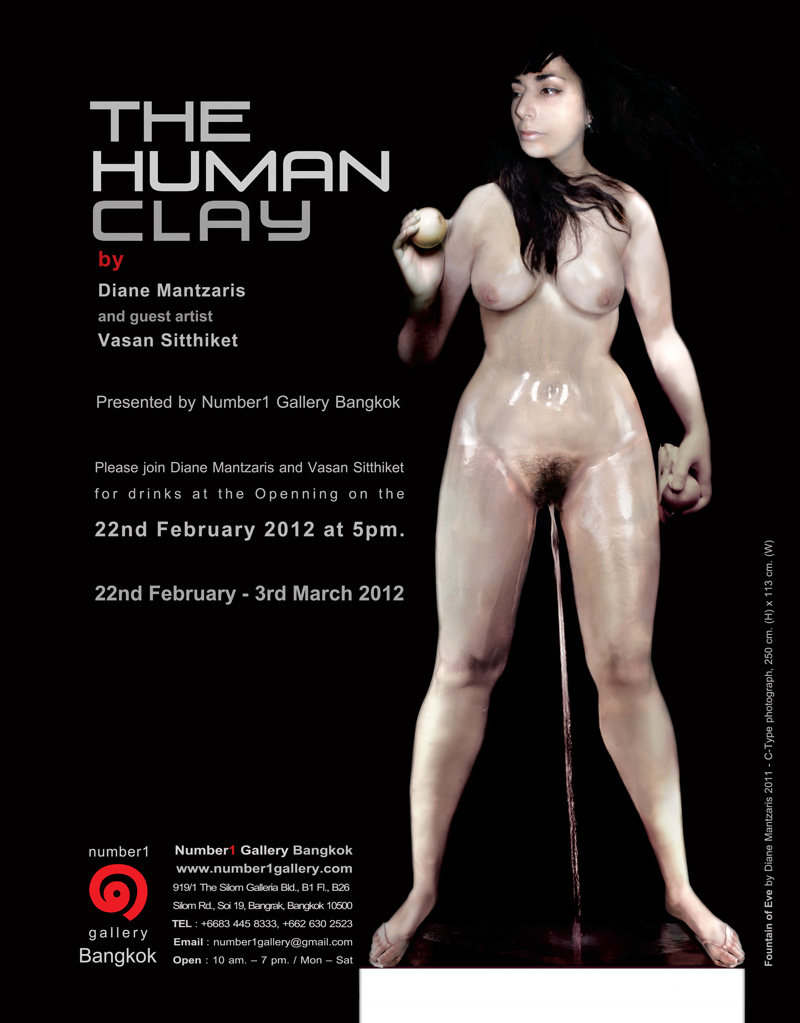 Number 1 Gallery Bangkok. is proud to present The Human Clay by Australian artist Diane Mantzaris and Thai artist Vasan Sitthiket. Both are artists and social activists. They believe in the power of art to change the consciousness of society. They are acutely aware of social inequality and they continue to be active in protesting against discrimination and disparity in society. They are not afraid to hold a mirror up to society, even if the reflection is not pretty. They gaze unflinchingly into the depths of society’s problems and create works which are cautionary, subversive and beautiful. They are both very concerned about the ways governments seek to censor artists. Consequently, their works are often viewed as ‘difficult’. For example, despite persistent effort they were unable to stage this exhibition anywhere within Australia, which perhaps speaks volumes of the ultra-conservative nature of Australian public venues.

This exhibition brings the artists together for the first time in eighteen years. They first met when Mantzaris had an artist residency nearly two-decades ago. They have remained firm friends.

Both artists emerged in the early 1980s and quickly rose to prominence in their own countries.

Mantzaris’ use of digital technology during a period when it was the domain of the freakish few, and an almost exclusively male domain at that, was both brave and revolutionary. Mantzaris was seriously addressing the computer's new potential for making an art that would be accessible to the masses. In her native Australia she is regarded as an important pioneer. Her work is held in public and private collections within Australia and internationally.

The Human Clay is an important exhibition which is destined to provoke much discussion and debate. The exhibition will present the major themes these artists are renowned for over their long careers, such as the individual’s fight for equality; the role of big business in the destruction of the planet; refugees; the huge gulf between the haves and the have-nots; the outsider and the underdog.

The title of the exhibition refers to the fact that all human beings on the planet are bound together by their commonality and that they each deserve equality and quality of life. This is vitally important subject matter and it is a testament to the humanity of both artists that they have been willing to dedicate their entire art careers to it.

RSVP for นิทรรศการ The Human Clay to add comments!