นิทรรศการ “In the Serpent’s Belly”

Art Exhibition: In the Serpent's Belly

Thavibu Gallery is pleased to present the collection of sculptures in metal, resin and rubies by the

of what is the root of corruption and the disastrous effects it has on a country and society. The

snakes featured in the exhibition are symbolic of greed, the root cause of corruption, that knows

no boundaries. A snake’s physicality enables it to devour a prey much bigger than itself, which

can be likened to endless greed and corruption that feeds it. Nail heads of various sizes and natural

authentic ruby gems were incorporated in creating the sculptures, giving them a disturbingly life-like

appearance. Chatchawan hopes to take his viewers on a journey of the evils of corruption and how it

is a global threat. He hopes it will remind the audience on how corruption is a roadblock to economic

Chatchawan Amsomkid was born in 1976, graduated with a MFA from King Mongkut's Institute

of Technology Ladkrabang and is currently an Associate Professor at the same institution. He was

featured in several group exhibitions, as well as picking up the bronze (2007, 2009) and silver

prizes (2008) in the Mixed Media category of the Annual National Exhibition of Art. He has had

RSVP for นิทรรศการ “In the Serpent’s Belly” to add comments! 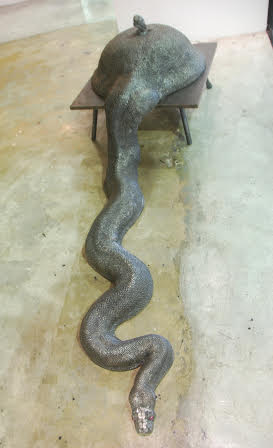 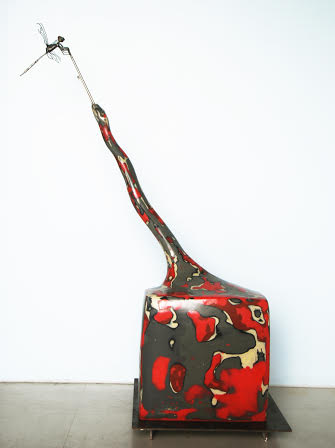 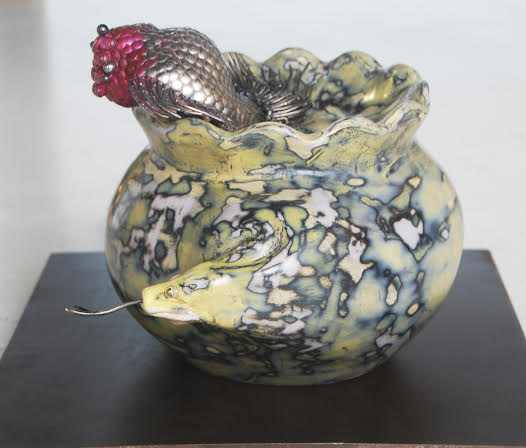 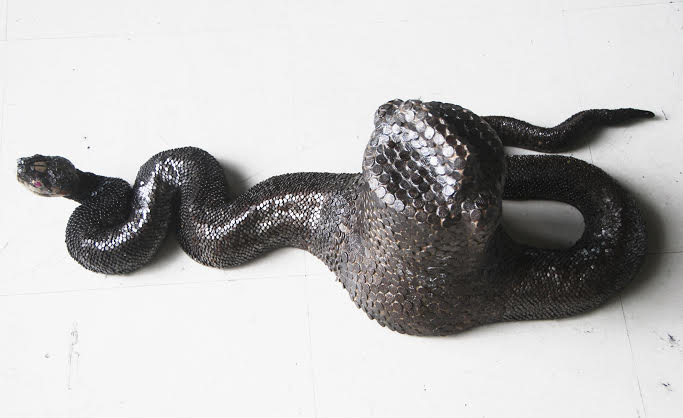