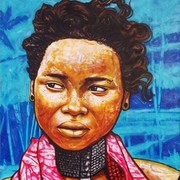 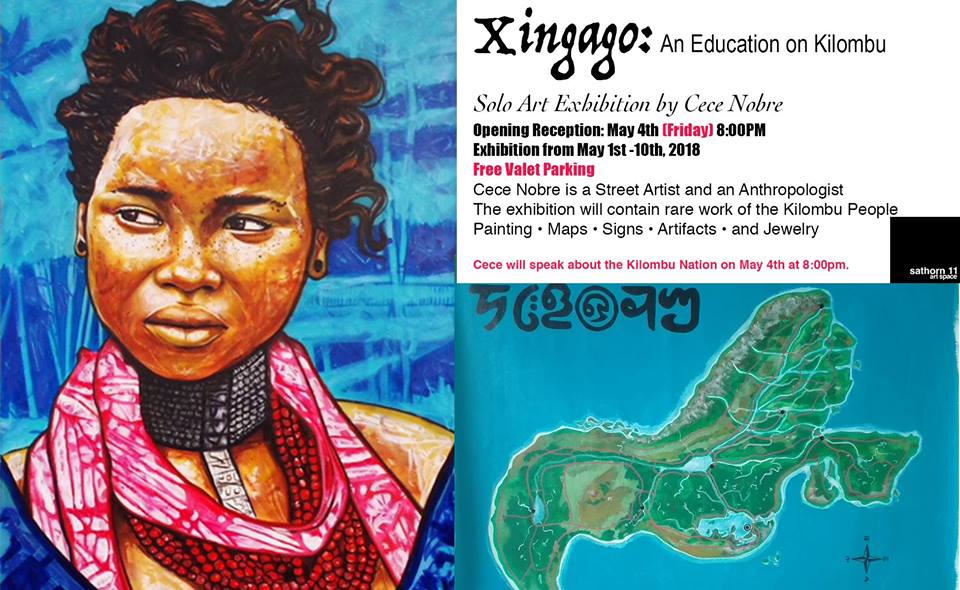 Cece Nobre represents Paraguay, USA, and Brazil and has painted murals all around the world. Most often known for his street art, his work combines the academic field of anthropology with the subversive world of graffiti and public murals. His work is a mixture of world culture and heritage, predominately of the tropics with vibrant colors and mixed cultural influences that accompany stoic faces.

The work is delivered through the mind of an ethnographer who constanty analyzes cultural values. Cece is focused on the struggle of the global south as he witnesses many countries struggle with the balance in their cultural aestethics and identity as their societies change. The cultures he is interested in are the ones that clash and mix in the post-colonial age, and his work focuses on strength during these struggles. The art is about introducing and promoting cultural exchange by presenting a new hybrid version of a unified tropical world culture. He calls this culture Kilombu and it is seen as a fictional island nation that reflects an alternative anthropological reality that preserves and advances a new cultural blend projecting a cohesive, eclectic and sustainable society. Cece engages cultural heritage and encourages a return to vernacular culture while also drawing connections between countires with similar cultural attributes and products. He is drawn to the idea of a syncretic cultural reconstruction (“taking what is good and leaving what isn’t”) while mixing mythologies and stories, language, and points of world heritage from a vast array of global influences.

The style of communication through Kilombu is very subtle and there is, in general, a pensive and deep undertone hidden in the vibrancy. The characters portray stoicism and patience and Cece conveys this message most often through large portraits containing strong eye contact or contemplative side glances. This is meant to represent global responses of people around the world in the face of current danger and marginalization; dealing with complex issues like globalization, cultural erosion, and present/post-colonialism.

In this show, Cece will present a visual class on Kilombu, educating the audience on what Kilombu is and the form it takes as a society. The works offer a range of mediums and are accompanied with encyclopedic text that drive the imagination into this world. The audience will learn of the different locaations throughout the country as well as several prominent characters in its history. They will also gain access to antique relics from this nation and learn the linguistic structure spoken and written on the island.