นิทรรศการ "Spirits and Guardians I" 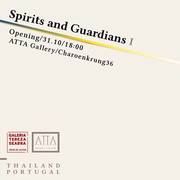 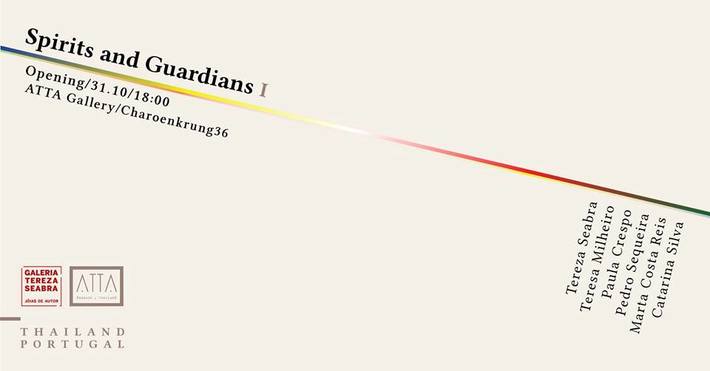 In the early 16th century (1511) the Portuguese were the first Europeans to arrive in former Siam, creating one of the region’s largest foreign neighbourhoods in Ayutthaya, where a Dominican church can still be found – the church of São Pedro (Saint Peter’s church) – which was restored in 1995 with the support of the Calouste Gulbenkian Foundation. At the church entrance, there is a typical Thai Spirit House but instead of Buddhist figures we come upon small statuettes of saints and popular artefacts of Portuguese provenance.

Furthermore, a Thai Sala (open pavilion used as meeting place) was inaugurated in February 2012, offered by Thailand to commemorate the 500 years of friendship between the two countries. This Sala can be found in the gardens of Belém. The sala was entirely built by hand in Thailand and it was inaugurated by Princess Maha Chakri Sirindhorn.

These two landmarks of cultural relevance establish a bridge between the two distant countries and a starting point for a project shared by the ATTA Gallery in Bangkok and Galeria Tereza Seabra in Lisbon.

RSVP for นิทรรศการ "Spirits and Guardians I" to add comments!