นิทรรศการ "Song Of The Rainbow" 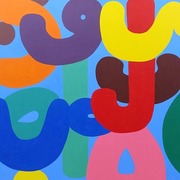 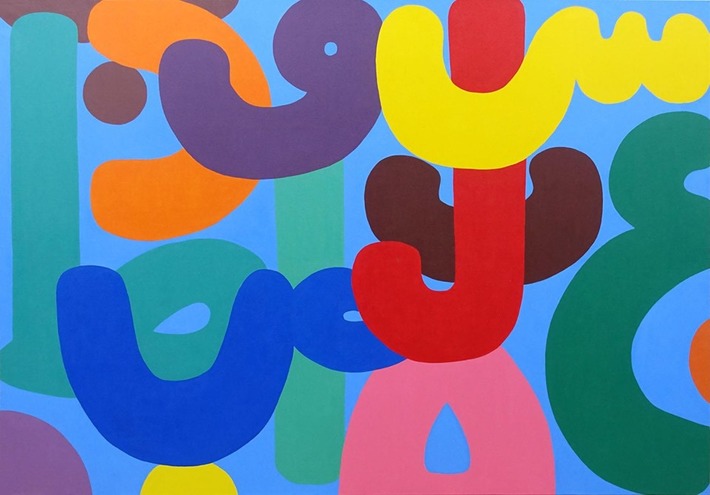 Arahmaiani is one of Indonesia’s most respected and iconic contemporary artists. And her work is internationally recognized for its powerful and provocative commentaries on social and cultural issues. Regarded as one of the most prominent figures in the field of performance art in Southeast Asia, Arahmaiani also works in a variety of mediums including video, drawing, sculpture, and installation. In Song of the Rainbow, Arahmaiani unveils a suite of new paintings from her on-going Jawi script (known as Arab Gundul or Arab Pegon in Jawa) series that began in 1993/94 with her seminal work Lingga-Yoni (1994), which contained Arab, Malay, and Hindu scripts. This series represents Arahmaiani’s most recent reiteration of the Jawi script series in canvas format.

Over the years, Arahmaiani had utilized and explored the syncretic underpinnings of the series to discuss a broad range of social concerns, but most importantly to highlight the Javanese archipelago’s historical tolerance and respect for diversity. The series displaces long-standing Eurocentric belief of the region’s dogmatic inflexibility, and in fact, celebrates the region’s progressiveness in social diversity without being located in a hierarchical structure like so in the current social-conservatist climate of the West.

A distinct feature of the series is its brightly coloured depiction of the Jawi script and one of its main function is to portray a sense of ‘non-violence’ to counteract the increasingly harsh perception of Islam in the new global socio-political landscape – post 9/11. This new body of works are considered a natural progression from Arahmaiani’s two seminal body of works; I Love You – After Joseph Beuys Social Sculpture (2009) and Flag Project (2006-2010), in which Jawi scripts are presented outside their pre-conceived forms to disrupt bigoted narratives, and by extension, encourage curiosity and dialogue with the public to create better understanding of Islamic practice and faith.

RSVP for นิทรรศการ "Song Of The Rainbow" to add comments!