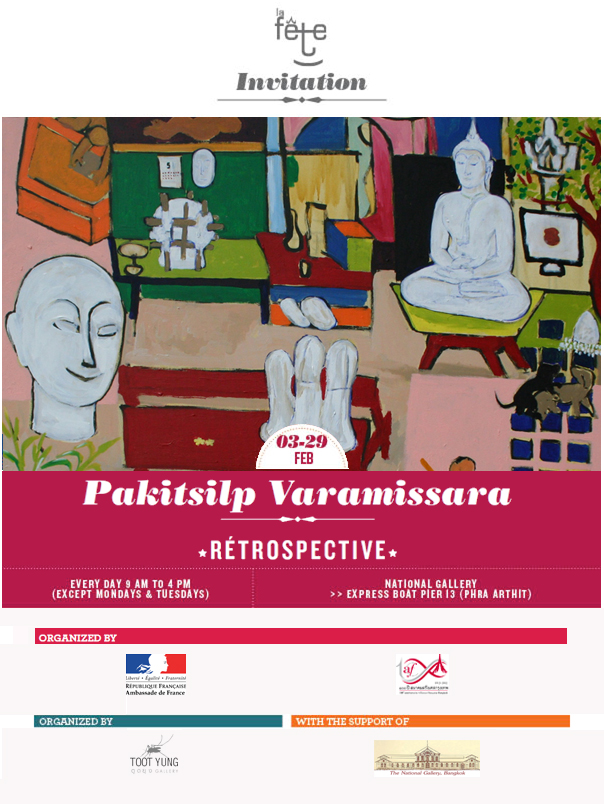 Pakitsilp Varamissara's work, “oscillates between tradition and modernity”, while his style is, “subtly influenced by the style of Lanna”, according to the organizers of this exhibition.

During a trip to France, initiated by Toot Yung Gallery in 2009, the Chiang Mai-born artist discovered and was inspired by the great French masters; he radically simplified his technique and began using the vibrant colors that now characterize his work.

For the first time, a retrospective, curated by Myrtille Tibayrenc, is devoted to this independent artist and presents about 100 works produced over the past 30 years.

This exhibition was co-organized by Toot Yung Gallery with the support of The National Gallery, Bangkok.

RSVP for นิทรรศการ "A Retrospective" to add comments!