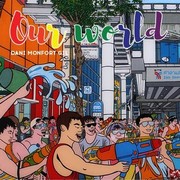 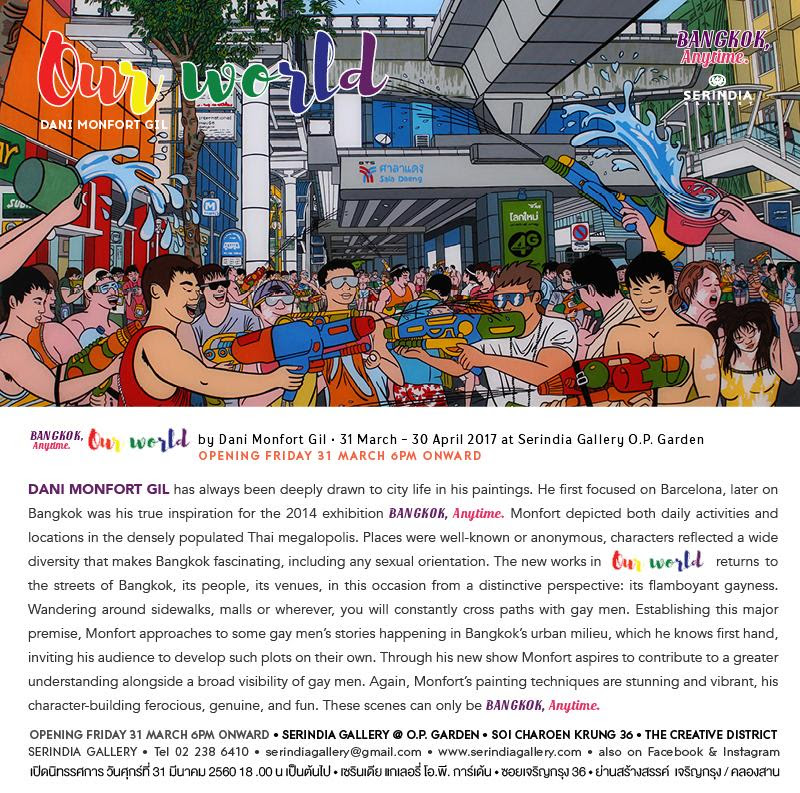 Dani Monfort Gil has always been deeply drawn to city life in his paintings. Firstly he focused in Barcelona, later on Bangkok was his true inspiration for 2014 exhibition Bangkok, Anytime. Monfort depicted both daily activities and locations in the densely populated Thai megalopolis. Places were well-known or anonymous, characters reflected a wide diversity that makes Bangkok fascinating, including any sexual orientation.

The new works in OUR WORLD returns to the streets of Bangkok, its people, its venues, in this occasion from a distinctive perspective, its flamboyant gayness. Wandering round sidewalks, malls or wherever, you will constantly cross paths with gay men. Establishing this major premise, Monfort approaches to some gay men’s stories happening in Bangkok’s urban milieu, which he knows first hand, inviting his audience to develop such plots on their own.

Love, sensuality, friendship, desire, fun,…human beings’ feelings, performed by some different kinds of gay, queer local and visitor men under Bangkok’s colorful rainbow. Through his new show Monfort aspires to contribute to a greater understanding alongside a broad visibility of gay men. Explore Bangkok’s gay men’s life from your personal angle, without any hesitation when it could become a genuine plot of any painting.

Again, Dani’s painting techniques are stunning and vibrant, his character-building ferocious, genuine and fun. These scenes can only be Bangkok, Anytime.

RSVP for นิทรรศการ "Our World" to add comments!