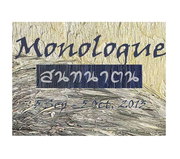 For artists living in China during the last few decades, status quo in China stirred up their pursuit for ideal mode; Pop Art and Gaudy Art creation and expression emerged in late 1990s corresponded well to the social trend as well as the reflection on society by the whole cultural circles; especially when art market and academy gained double success from 2006 to 2007, a large amount of artists suddenly took on great sense of historical mission, therefore, various artworks based on social pursuit and great culture and politics strategy emerged everywhere at that time. Of course, whether the final pursuit of art should be its social function, or be detached and return to narration of inner world or thought itself closer to the “ego” in humanities and philosophy is still a controversy about artistic expression which will never have result. But after baptized in the ups and downs of China art circles in recent years, more artists are calming down and turning their attention paid to national and social culture to
description of their cognition of personal existence. Artworks by the participating artists this time including BianKa, Chen Zhuo, Kong Lingnan, Qin Qi and Shen Liang, are showing the inner world of these artists in such a big direction from different levels based on their different ages and thoughts.

Neon’s effect imitated in Kong Lingnan’s painting is vivid against the black background. With brief neon lines, the artist drew great mountains and rivers, showing an indifferent and lonely planet with human figures scattered here and there on it. A metaphor from classical Chinese literati painting describing that “in the grand universe, it is nature the highest value; human being is no more than dust and is transient as a passenger” is well represented in it. The “three three lines” in her artwork came from the Taoist saying that “three lines before, three lines after” and “three three lines are never created or destroyed”. This is the narration in Taoism about cultivation of Chi and Spirit, about world value on the Past, the Present and the Future. While her “Traveler the Third” is the third piece from an integral program of “Odysseus” series; just like Joyce who appropriated the story from the myth “Odysseus” in his master piece Ulysses as the narration of the whole structure, the artist also appropriated
the story of this hero who returned home after suffered a lot of difficulties to organize the painting narration of her whole series. She painted 24 pieces of works with different contents as a metaphor of passing time and inner stories about growing up. 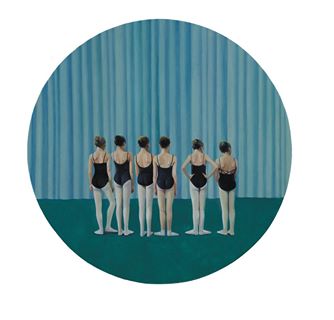 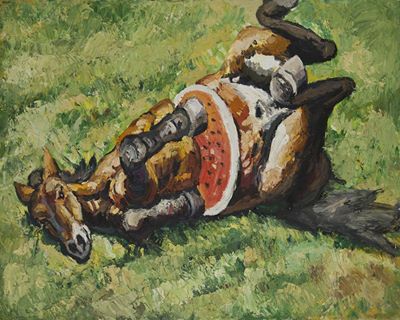 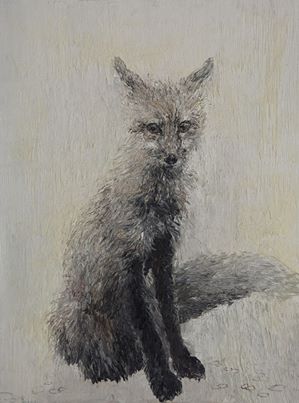 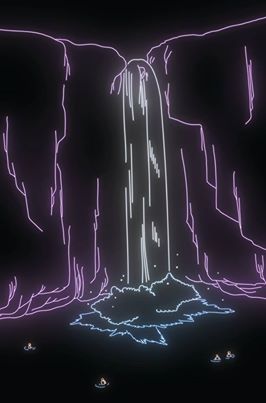