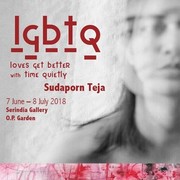 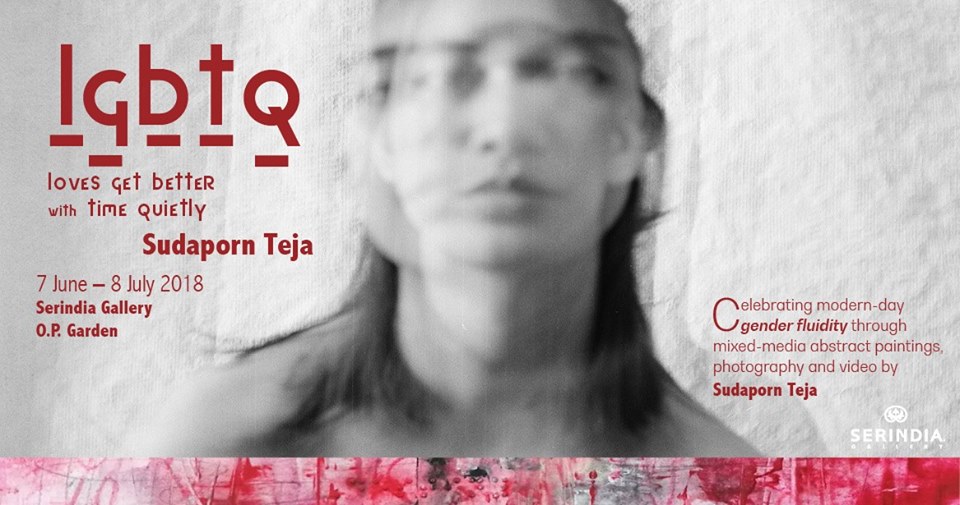 Loves Get Better with Time Quietly is an exploration into modern-day gender fluidity and the issues of LGBTQ inclusion in society. Sudaporn Teja, in her fourth show at Serindia Gallery, interpreted various aspects of her recent experience with the local LGBTQ community. In these new paintings, she infused other media, from liquid hormones to other symbolic objects and languages, resulting in conceptually-charged pieces. She also shot some photographs and video, conducting interviews with various personalities in the LGBTQ community. A set of works from this show is also part of Museum Siam's present exhibition Gender Illumination ชาย หญิง สิ่งสมมุติ, which is on from 17 May to 30 September, 2018.

A more personal note, it was the loss of Sudaporn's best friend James, whose death saddened and inspired her. James's untimely death reconnected Sudaporn with other 'loves' and gender boundaries. Loves Get Better with Time Quietly is a remembrance to James as well as a dedication to the love and friendship with the LGBTQ community — an artistic expression of her humanity.

RSVP for นิทรรศการ "Loves Get Better with Time Quietly" to add comments!