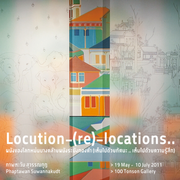 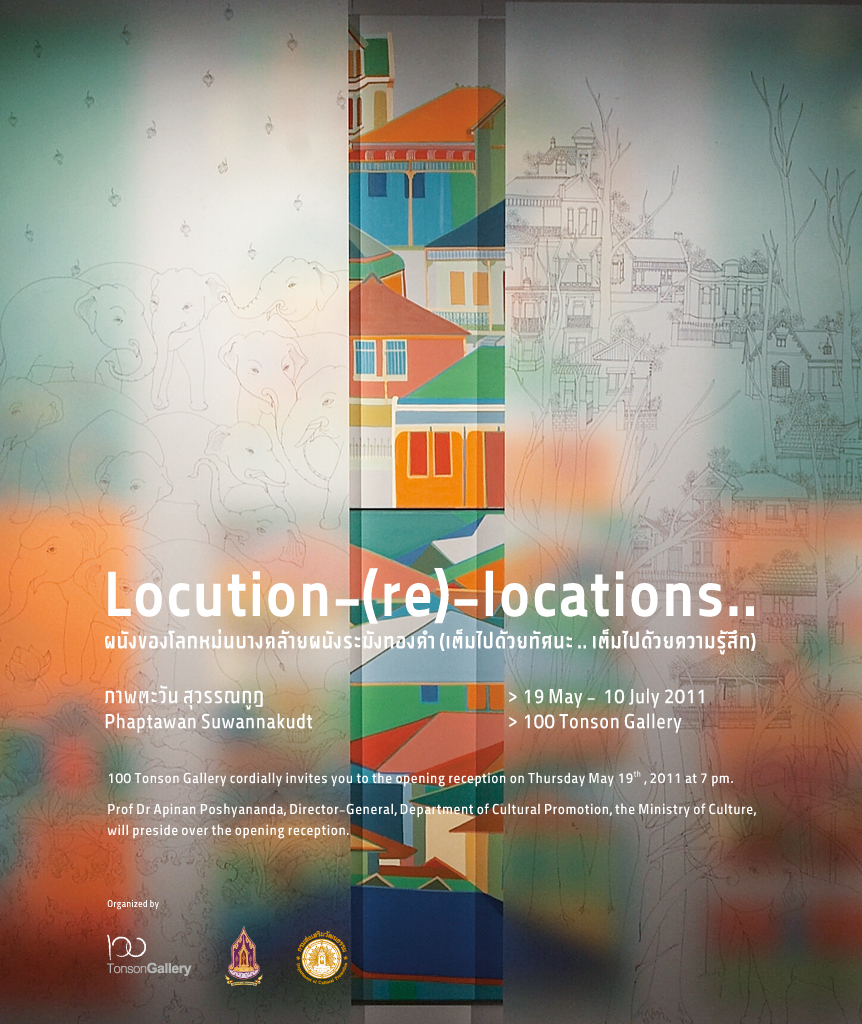 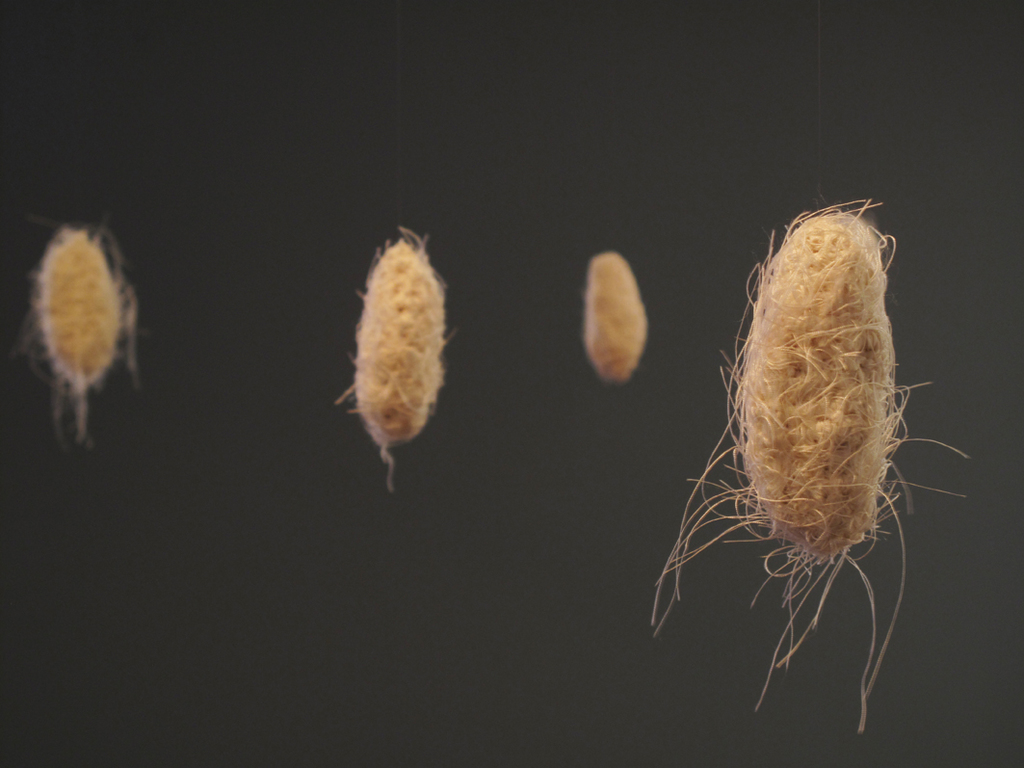 Comment by NEWS PORTFOLIOS*NET on May 6, 2011 at 6:32pm
100 Tonson Gallery proudly presents “Locution-(re)-locations...” the solo exhibition by Phaptawan Suwannakudt, Thai artist based in Sydney, Australia, who creates several artworks in various cultural spaces.  This exhibition will offer the concept of the outsider who lives in the different places which hard to carry on the role of being.

Phaptawan has applied her ideas and practices from experiences, for example, continued on using the conceptual structure and technical process of Thai mural painting practice to approach local context while she was on the move with her family to various places in Europe in 2007, and later when she participated in the Womanifesto International Artist Residency workshop at Rai Boonbandarn in Isan in 2008.  She was mentored by a local artist Mae Pan, a 70 year old local weaver, and from her learnt how to weave.  It resulted in most of the work in this exhibition.  The result was not the main concern of the making of objects: it was the process in the making which permitted a dialogue with people where the local context was concerned.  The textile objects she made consisted of inter-related layers of text she had copied from short stories and publications regarding Buddhism, including historical facts concerning localities of the city and the countryside.

Artist said “I began weaving semi transparent fabric which has come to resemble the cast-off layers of the skin of a snake. It is a concrete way of thinking about the abstract layers of culture, of memory and my own history and life in Australia.  This body of work intersects with the Thai mural painting I had developed in Thailand before leaving for Sydney.  I will always be a stranger and relate to Sydney from perspective of a third person, but this is the same way I was in Thailand.  This is the place my ancestors came from and Sydney is the place I have migrated to, in which I live among others whose individual pasts I may not be part of.  Yet my experience is interlocked with this space because it is where my children are growing up and for which their children after them will aspire. Their past is nevertheless, forever part of my experience”

Several paintings and object installation will be on view from 19 May – 10 July, 2011