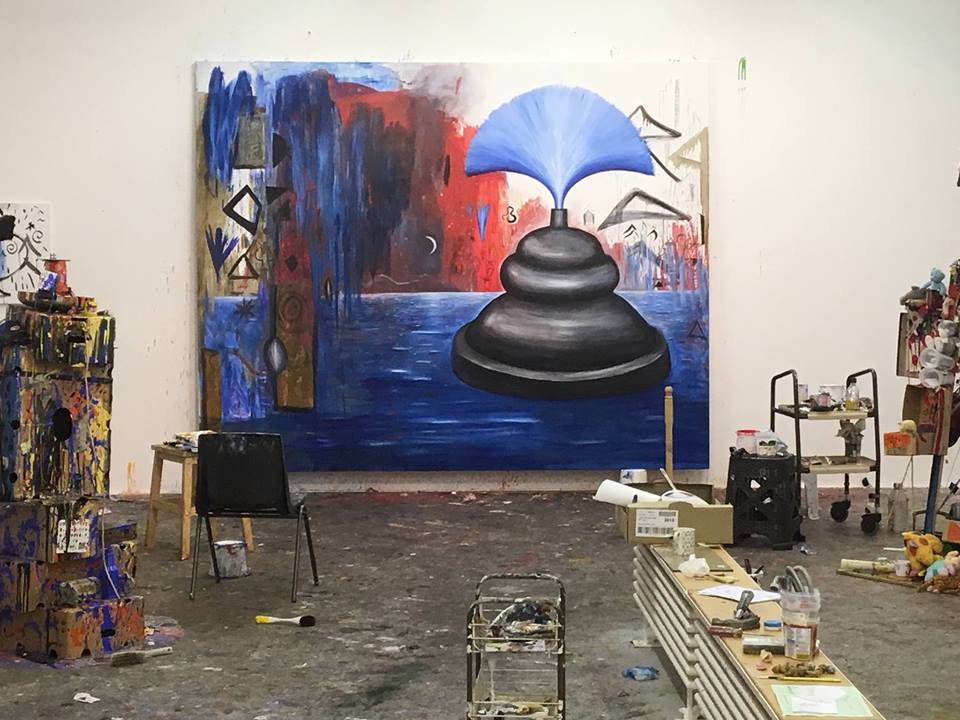 A visit by Andrew Stahl to Thailand in the 80’s as part of a British Council show initiated a fascination with Thailand. A number of artists’ residencies and exhibitions have followed in the intervening years. Andrew Stahl is having a new solo exhibition this March at YenakArt Villa: Hot Summer by the Klong. He will exhibit his paintings made during a recent residency near Bangkok’s Chinatown where he spent a large part of the summer 2016.

The new paintings reflect on the experience, memories and thoughts of this time spent working intensely through the heat and travelling to the sea. They also reflect on a journey to Rome just before the summer, which revived his fascination with fountains as a source of surprise and joy experimentations. These paintings have a new fluidity and flow. Momentary visions, thoughts, memories and imaginations coalesce into a whirlwind of fragments held together by an overriding sense of euphoria at the beautiful country of Thailand. The intense energy of the city acts as a contrast to the expanse of blue that fills the horizons of the vision in the islands dipped in the sea.

The exhibition will consist of both large and small works, drawings and a sculpture made in situ on the lawn in the architecture garden of the gallery. Andrew Stahl’s works are in some of the most prestigious private and public collections, both in UK and abroad, such as the Metropolitan Museum of Art, New York; the British Museum, the Arts Council England, the Government Art Collection. His exhibitions have been frequently discussed in international newspapers and art journals.

Andrew Stahl is Professor of Fine Art at the UCL, Slade School of Fine Art. He has received many awards including the Abbey Rome Scholarship and the Wingate scholarship for travel in South East Asia. He has also participated in public-funded residencies in Thailand, China, Australia and Sri Lanka.