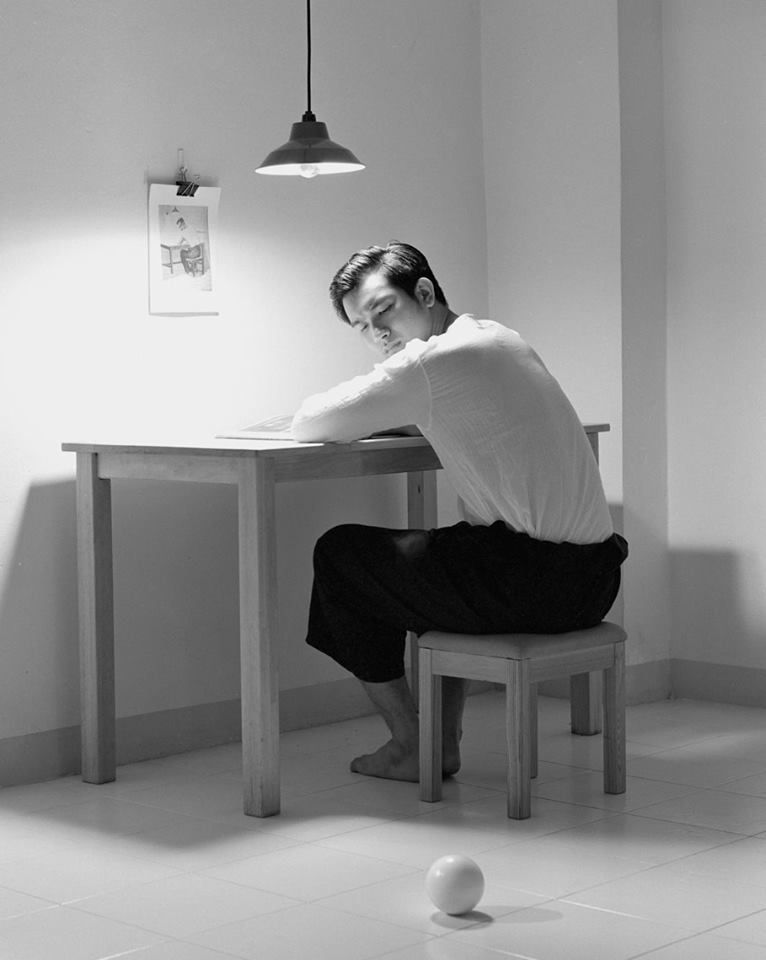 Pattana Chuenmana will be presenting photographs based on the illustrations by Hem Vejakorn, a well-known Thai artist and writer, popular for his illustrations for the cover of 10- satang pulp novels. Considered one of the most influential illustrator and artist in the modern history of Thailand, Hem was affectionately referred to as Kru Hem (Teacher Hem) by many top cartoonists.

As articulated by Pattana, Hem lived in the period when electricity is not widely accessible and that Thai society was generally an agricultural society. Their night lives were lit mostly by torches and lamps. The fear of darkness is closely tied with superstitious beliefs and urban legends of the time, which have allowed the society to imagine and view things in a different perspective. This, in a way, obstructs logical perception in which in some instances, rationality and reason are replaced with ghosts and demons.

Translating this to contemporary life, Pattana has discovered that in modern day Bangkok, there are still corners in the city that are hidden behinds the shadows created by light lit by electricity and neon lamps. These darks corners inspire one’s imagination in a different manner than Hem’s, but Pattana could still sense the mysterious aura from Hem’s illustration in the real-life environments.

In an attempt to capture the essence of Hem’s drawings of everyday life in contemporary today, Pattana recontextualizes these compositions and translates them into scenarios where our everyday is lit by the use of electronics and gadgets instead. Reconstructing these scenes with friends and actors, in which at times, as if mimicking reality, the artist himself would play the role of a protagonist.