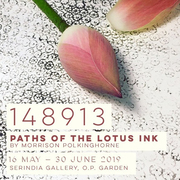 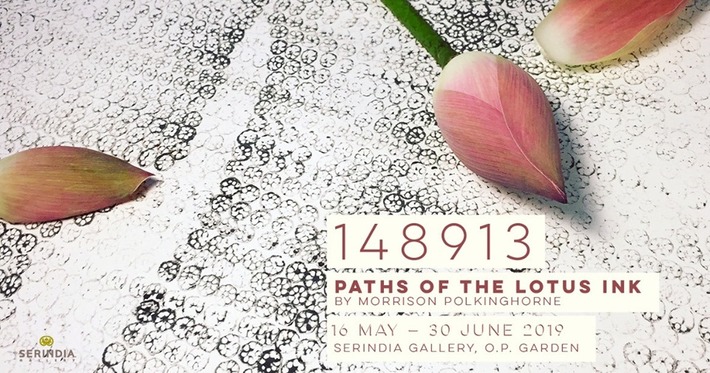 Ink, a colored fluid often taken for granted, has always been synonymous with the East Asian tradition for more than a thousand years. In Southeast Asia, tattoo ink of various substances are known in the region. Yet, there are very few material ink invention, especially from an artist making his own ink and executing the works with such masterful control of his own invention and techniques.

Morrison Polkinghorne (b. Sydney, Australia) has been based in Cambodia and succeeded in making his own ink from lotus pedals, charring them and distilling them in rainwater. The process is entirely environmental-friendly, from cartload of lotuses recycled after religious ceremonies, from pond to studio, an entirely artistic process in itself.

Using lotus stems as his paintbrushes, Morrison uses his lotus ink to create various tones, a monochromatic process that is at the essence of the ink tradition. The works on paper could be as majestic and as intricate, or as graphic reminiscent of the rendering of early halftones.

Join us for the opening of the inventive works of Morrison Polkinghorne at Serindia Gallery, opening Thursday 16 May, 6pm onward.