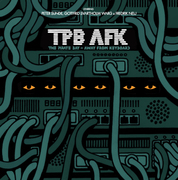 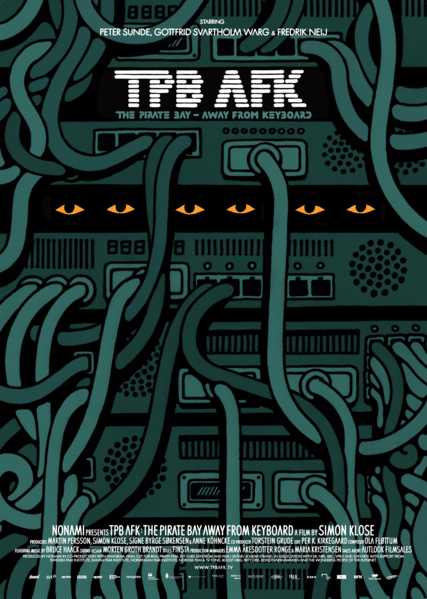 Lawyer: When was the first time you met IRL?

The Judge: Got to know each other IRL? What is that?

Peter Sunde (One of The Pirate Bay's founders): We don't like that expression. We say AFK - Away From Keyboard. We think that the internet is for real.

The Pirate Bay, founded in Sweden in 2003, is a website that facilitates peer-to-peer file sharing using BitTorrent protocol. It was established by the Swedish anti-copyright organization and aims at sharing information, culture, and intellectual property freely and openly. In its 10 years existence, The Pirate Bay has been involved in numerous legal complications, from lawsuits to imprisonments.

TPB:AFK is a documentary film directed by Simon Klose, based on the lives of three founders of The Pirate Bay. It was funded via Kickstarter campaign and was released in February 2013 on The Pirate Bay website. The film covers the legal entanglements that The Pirate Bay's founders had been involved in during 2008 to 2012. TPB:AFK also includes comprehensive cases such as The Pirate Bay's support for Wikileaks and Bradley Manning; and the Pirate Party, a political party founded in Sweden in 2006 by a group of sociopolitical activists whose policy includes copyrights' and patent's law reformation and free sharing of knowledge and information.

*The film is in English with Thai subtitle. The talk is in Thai.