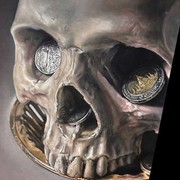 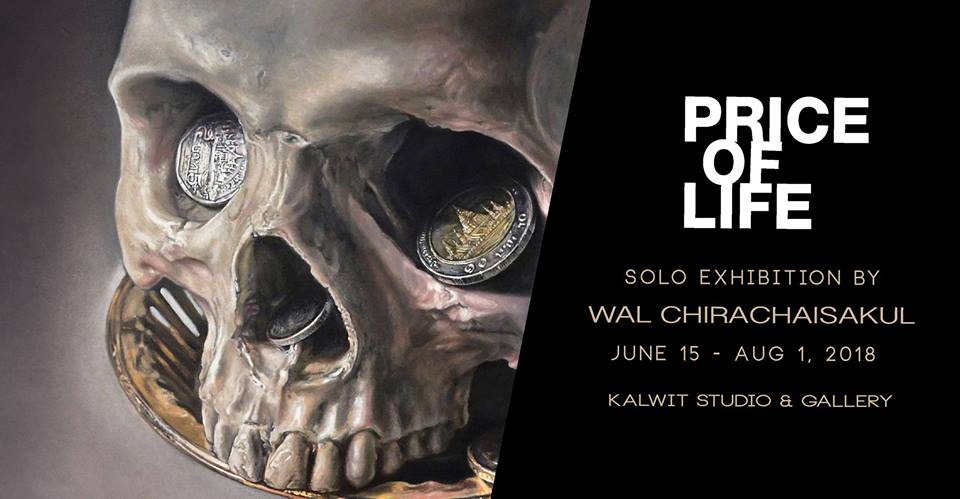 RSVP for นิทรรศการ "Price of Life" to add comments!

Human beings are a species which is trying to discriminate and evaluate themselves. Whenever we look at the mirror, we try to evaluate how far we have gone. This causes them to create units to measure level of happiness, success such as money status, fame, social status, popularity contest in social network, and judgement on others. Nowadays people, especially the younger generation, are energetic to find what is their true happiness, which can measure quality of life as well as the external factors. Noticeably, Buddhist philosophy has quickly become part of social networks like never before. This is because we face with a greater amount of sorrow so we make more effort to understand how to survive this series of suffering.

Wal Chirachaisakul, the artist, thinks of human being’s closest object, which is “coins”. This object has symbolized life medal. "Price of Life" Exhibition is a series of his artworks, consisting of oil painting and Mezzotint. They reflect on how human behavior is gauged by money, which drives human souls in the 21st century. He critiqued fairly about humans’ self-establishment, way of life until when they perish and reborn. They repeat the cycle under the same measurement. His latest work called "Keep me Longer" is pink-based oil painting in a smaller size. Its focal point is self-loving and state of self-defense represented via the use of medal all the way through symbol to embrace vulnerability. In doing so, the artist applied soft color to convey his emotional fragility and presents the way he heals himself from that vulnerability. Eventually, once our mind is healed and stable. Humans can’t help themselves from returning to their old way, which is putting values on commercial trademark and materialistic things. The value that humans themselves fabricate.