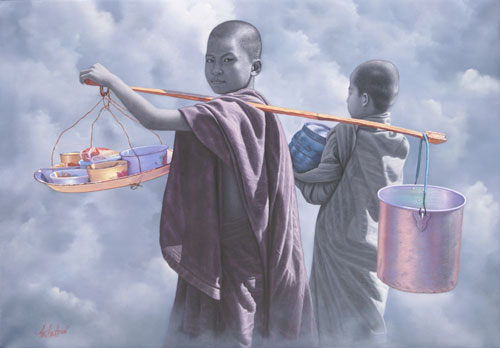 Aung Kyaw Htet is a devout Buddhist and grew up in a small village -- two factors which have a strong influence on his art. His paintings of religious life in Burma show monks and nuns in a realistic manner, though non-essential objects are omitted from the paintings in order to focus on the religious aspects. Aung Kyaw Htet paints the faces of monks and nuns in exquisite detail to show their humanity. In his new series of paintings, he explores the use of light and shadow and subdued colours to convey the serenity of the works.

Aung Kyaw Htet is 47 years old and one of Burma’s leading artists. His painting has sold for a record price at an international auction currently making him the highest grossing Burmese artist. Another solo exhibition by Aung Kyaw Htet will take place in Singapore simultaneously with the exhibition in Bangkok. 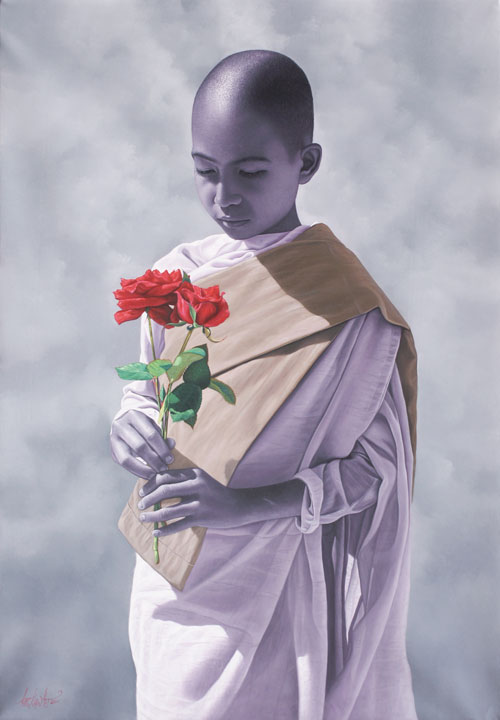