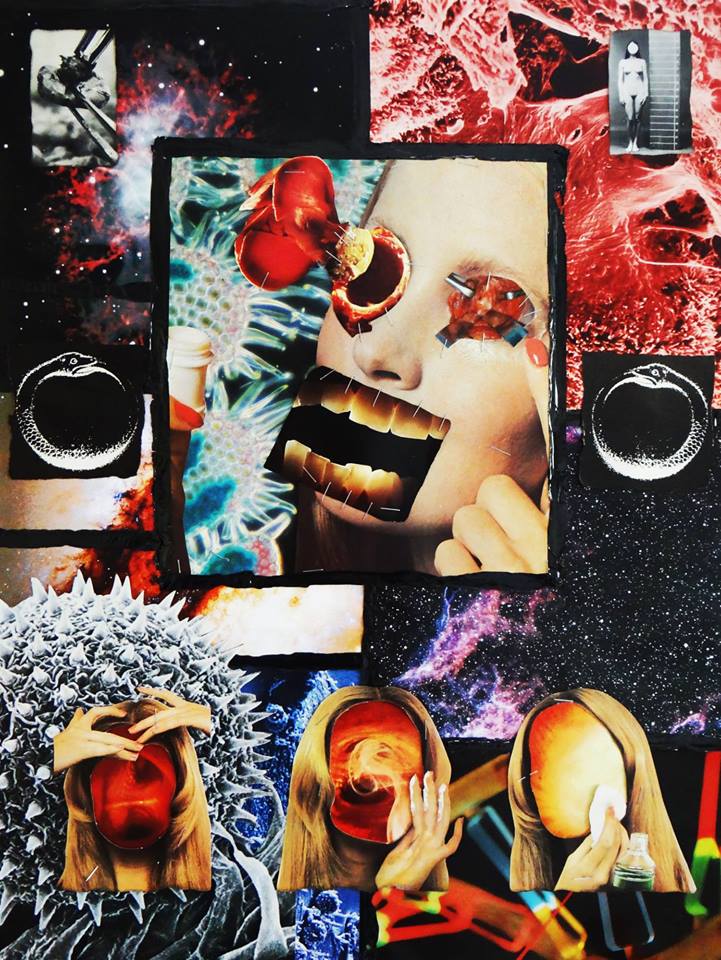 ▰ Refusal of the meat and its bioelectric limitations, mutations towards a new sentience of the void... Death Orgone's "Flesh Intolerance" is a visionary reimagining of potential evolutionary vectors inside the human body, transcending its Eros/Thanatos towards new frontiers.

▰ Through the manipulation and hijacking of vintage medical textbooks and encyclopedias, Death Orgone uses collage as a proxy to unearth hidden layers of meanings: humanities’ subconscious desires of domination and flight from the terrestrial reality shackling our existence.

▰ From the ashes of Lamashtu, Death Orgone is the nom de guerre of multimedia artist Frederick Maheux. Based in Montreal, he creates with human bodies, found footage, obsolete technologies and noise. Topics of interest: emergent subcultures of the digital age, the spectacle of the self, apocalyptic futurology and the conjuncture of extreme polarities. He directed several experimental/documentary films and music videos screened internationally. He also explores extreme industrial music (through his Power Electronics project Un regard froid and other anonymous entities) and wrote a master’s thesis about spatial subversion in video games.