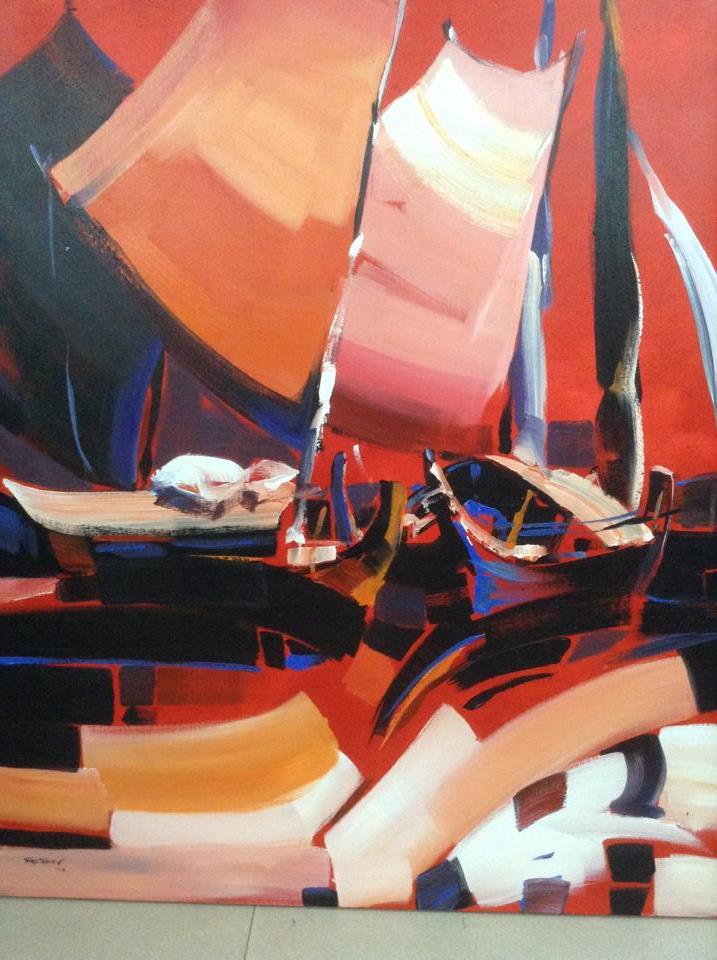 Shwe Thein is an accomplished and formally trained artist who has developed a captivating contemporary style using old Burmese painting traditions with an interpretation in models and colors. His style speaks to the heart with modern melancholy of the past.

In the near future, look for Shwe Thein at prominent art shows such as Art Basel or FIAC in Paris. Coveted by many galleries, Shwe Thein’s work is highly collectible. Meet Shwe Thein in person at the opening reception on October 4th.

Win Tit is a professor at the Yangon University of Fine Arts. His work is well known and has an impressionism character with a strong Burmese personality. His paintings are powerful but delicate and subtle at the same time, evoking a deep meditation. He is a genuine contemporary expression of the “Burmese Days”. (4 paintings)

Soe Aung was a lost artist in Mandalay and recently rediscovered by a famous gallery in Yangon. Soe’s resolutely contemporary characters were ignored before the recent political restructuring. His special style is decorative, awakens the imagination, and makes him a recognized artist. (4 paintings)

Zaw Zaw Co has a dreamy personality in his work. Famous in Burma and abroad, Zaw Zaw Co’s works are currently exhibited in galleries in Singapore, Hong Kong, and other places. To collect his works is a “coup de coeur”; an unforgettable pleasure to have his painting at home. (1 painting)

Wai Zin Phyo represents the remodeling of the Burmese tradition with contrasted effects and vivid colors. His works enact an astounding impact on the viewer with their expressionistic, contemporary style. (2 paintings) 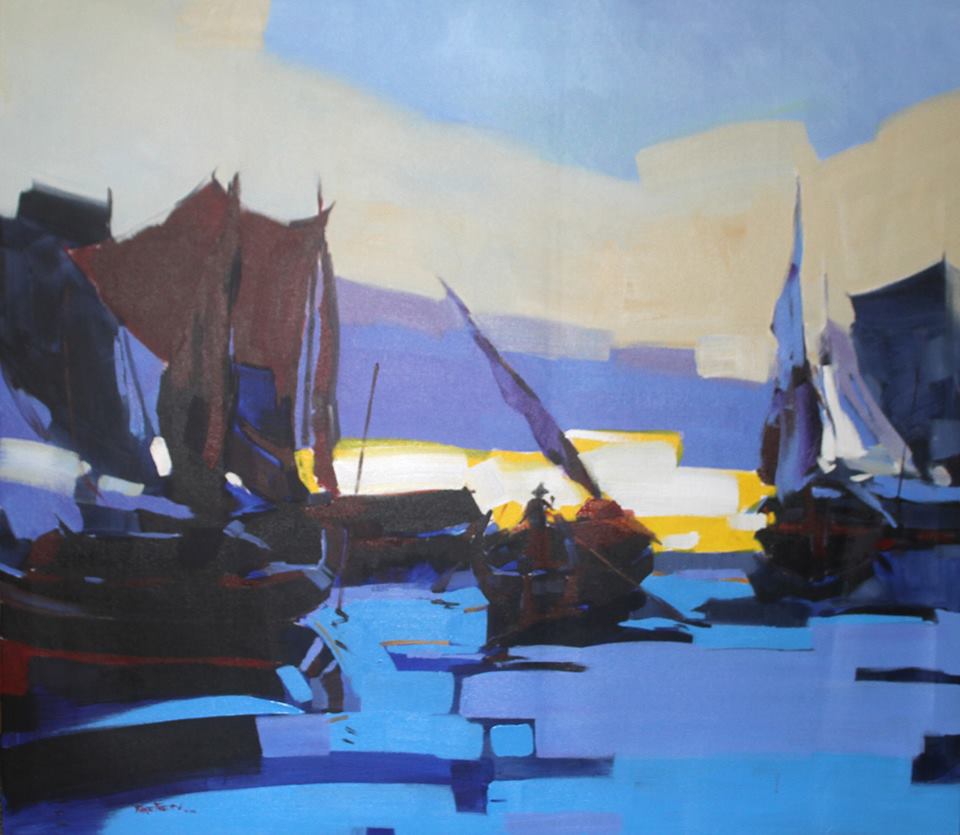 RSVP for นิทรรศการ "Expression of Freedom" to add comments!