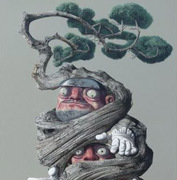 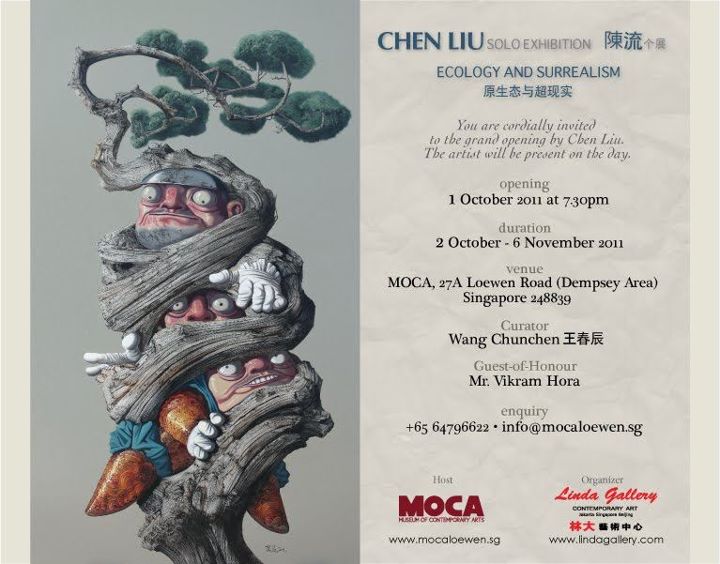 The fifth coming exhibition by Chen Liu is one which MoCa Loewen is particularly proud to be hosting. Chen Liu was born in 1973 in Kunming, Yunnan province, China. His works have since been exhibited extensively in major cities including Beijing, Shanghai, New York, and Milan. He’s new series of works can be described as a re-coding of the conventions of war and violence. He aims to re-imagine war without the horrific violence and pain,managing to capture the spirit of soldiers as individual people with distinct personalities rather than senseless killing machines. The idea of the war hero as all powerful and invincible is negated by his ability to capture the innate panic, confusion and occasional silliness that every soldier, as a human being,experiences.

Chen Liu’s works enables us to visualize a reality that has become long lost as stereotypes about power and strength have been established. He humanizes the machine that is the soldier by making them comical characters; characters that bring a sense of childish delight and evokes the real sense of apprehension and curiosity rather than focusing on the pain and suffering war ultimately brings. By doing this, the artist reminds us that heavy artillery, soldiers and combat weapons are all social constructs and that their lived reality is not quite as seamless and orderly as we have been led to believe.

From 1st October 2011, MOCA Loewen is proud to be hosting these exciting new works.The artist will be available for interviews before and after the opening. The exhibition will run from the 1st October 2011 to 6th November 2011 at the Museum of Contemporary Arts which opens from 11am to 7pm daily. Entry is free to the public while School tours are available upon request.


Please Join us for the Opening Reception
Please do join us for the opening of this exhibition on Saturday 1 Oct at 7.30pm. This promising event is definitely an opportunity that you shouldn't miss as you'll be overwhelmed by Chen Liu's works as well as to meet the artist himself personally. On top of that, enjoy an orchestra performance and other surprises happening during the event. Thus, we look forward to see you at the opening reception on 1 Oct 2011 at MOCA Loewen.

RSVP for นิทรรศการ "Ecology and Surrealism" to add comments!