In a new series of work, Jirapat Tatsanasomboon comes back with a new Ramakien Pop series. This time, he delves deep into the contrastive characters of two well-known figures in the Thai appropriation and expansion of the Indian epic Ramayana. Pitting Nonthok against Hanuman the former permanently awkward and the latter endlessly suave Jirapat is, once again, referencing the current Thai political affairs. While one side with his unquestionable allegiance to Rama and the favourable turn of the tide always come across impressively, the other ends up a perpetual wrongdoer. The artist’s choice to attend to these two well-known Ramakien figures as stock rather than round characters, in this series, points to the superficiality and unsustainability of the current political situation.

Jirapat Tatsanasomboon, 44, is the only Thai artist included in the recent book by the international publisher Thames & Hudson – 100 Painters of Tomorrow. Thus, he has been vetted by international curators and museum directors as one of the most promising artists of his generation. Jirapat holds a Master of Fine Arts degree from Silapakorn University. Apart from Thai exhibitions he has also been widely exhibited in Korea, Hong Kong, Singapore, the USA, India, Argentina, Monaco and China (Olympics, 2008). His paintings were displayed at the ArtScience Museum in Singapore in 2012 in the exhibition Andy Warhol: 15 Minutes Eternal. His works regularly sell at international auctions. 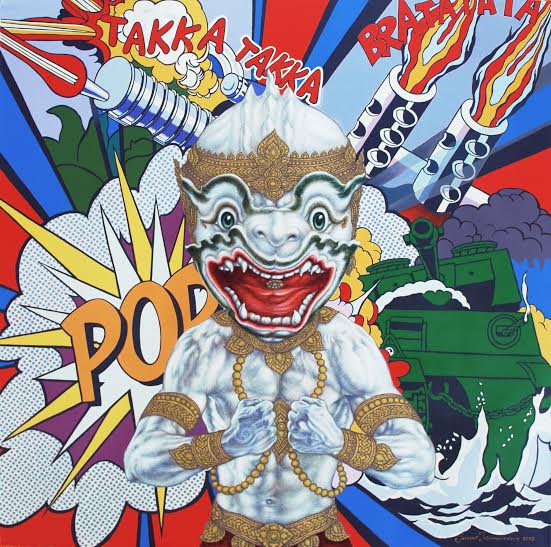 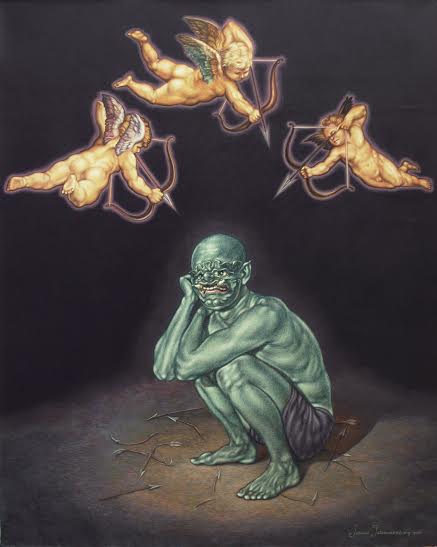