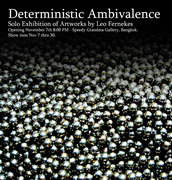 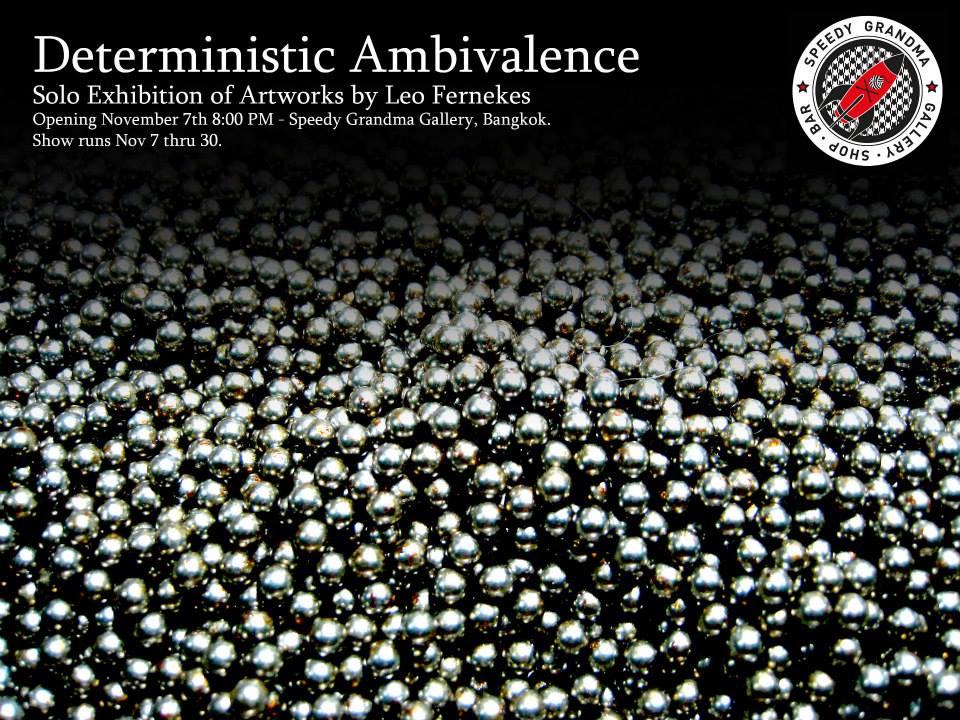 Solo Exhibition of Artworks by Leo Fernekes
At Speedy Grandma

Opening party on the 7th of November at 8PM
Exhibition from 7th to 30th of Nov.

### Artist's artwork is heavily influenced by his life experience as an engineer and sociologist, working closely with technology and people. These experiences have heightened his awareness of the edgy relationship we all have with technology; it’s fast eclipsing religion as the dominant cultural force. Modern technology delivers experiences that once would have been considered magic, the complexity of the underlying mechanisms being far beyond the average person’s ability to comprehend them; they must then be taken on faith, as one does with religion. The artworks he creates are both celebratory and cautionary, exploring both the magical and the sinister elements of our relationship with machines ###

Born into the counterculture crucible of early 60’s San Francisco, Leo Fernekes had anything but a normal childhood. The son of a renaissance man who built houses, fixed cars and started communes with equal aplomb, Leo grew up in a world where questions were more important than answers. As a small child, Leo naturally gravitated towards all things technological, as the story goes, as a toddler, Leo expressed a great fascination for electric toasters, and through the largesse of family friends, soon amassed an impressive collection. School was always problematic for Leo, having attended a vast array of alternative hippie schools, Leo found solace in self-education and inevitably, expulsion from school became a contact sport. Leaving the nightmare of school behind, Leo began a career of creative design and engineering via a network of exceptional friends who came to know and recognize Leo’s talents, hiring him to help with projects ranging from computer controlled animation stands, biomedical instruments to bookbinding machines. In 1987 Leo left California for the excitement of New York City, where he began a long entrepreneurial career, founding Electro-Kinetics, a product development company that was ultimately acquired during the late 90’s mania by the internet giant Razorfish. Leo then began to focus his interest on techno-sociology - exploring the human emotional relationship with ever-advancing technology. In late 1999 Leo was invited to participate in “Quiet” a 2 week art happening staged in lower Manhattan by internet millionaire Josh Harris. The Quiet project involved creating a networked video and audio surveillance system in collaboration with artist Jeff Gompertz, installed in a series of living ‘pods’ that were inhabited by artists and performers over the course of the event. Later that year, Mr. Harris commissioned Leo to develop an ambitious project dubbed “weliveinpublic.com” which involved turning Mr. Harris’s living space into a totally automated surveillance environment that captured and broadcast Mr. Harris and his girlfriend’s every move live on the web. These two projects were later chronicled in the 2009 feature film We Live in Public, by director Ondi Timoner.