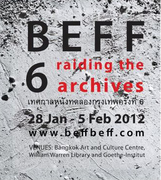 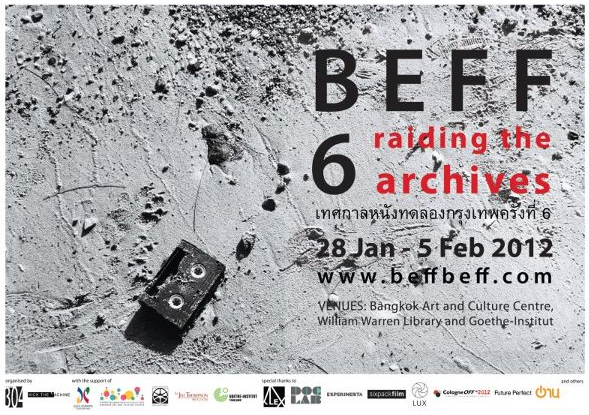 A very Happy New Year from the BEFF6 team! While we finalise our open call selection here are some exciting highlights from the festival line-up.

BEFF6 ‘Raiding the Archives’ (24 January – 5 February) is especially pleased to present in Thailand for the first time a poetic documentary made in the country in the early 1950s for UNESCO. World Without End (1953) was partly shot in Thailand by British experimental filmmaker Basil Wright, and captures with unusual lyricism a landscape on the cusp of modernisation. Paul Rotha, one of cinema’s first theorists, also directed this very special documentary.

Other confirmed archival line-up in BEFF6 includes a rare programme of pioneering female amateur filmmakers in New Zealand, who took up 16mm cinematography in the late 1920s and 1930s. The programme will juxtapose this archival material with examples of the same footage repurposed by contemporary film and video artists.

Over the past two years, the curatorial team has visited institutional and independent audio-visual archives in Singapore, Vietnam, Hong Kong, Taiwan, Great Britain, Holland and including Thailand’s very own film archive. From our archive adventures we have curated programmes that present revealing views of everyday life, street encounters and bohemian sub-cultures in Asia.

BEFF6 will be presenting two special programmes which examine the origins of Thai experimental practices in home movies and video art. We’re also thrilled to have on board special programmes, selected for BEFF, from artists groups and independent artists’ cinema archives in Asia and Europe, including KL Experimental Film Festival (KLEX), Hanoi Doclab and Experimenta India.

We were humbled by the range and scale of the submissions to BEFF6, and sincerely thank everyone for their interest. Works were sent to us from around the world including Latin America, East and Southeast Asia, and from experimental archives such as sixpackfilm (Vienna) and LUX (UK). If your work has been selected you will hear from us very shortly.

BEFF6 screenings will start from 12pm at our main venue, the Bangkok Art and Culture Centre (BACC), between January 28-29 and February 4-5. On January 24-25 at the Thai Film Archive, we will be co-organising a symposium exploring what film archives are for in the present age, and a workshop on curating and exchanging artists’ cinema in Asia-Pacific. BEFF6 will be presenting a selection of European experimental work at the Goethe Institute, Bangkok, on 1-2 February. During the festival, there will also be a conversation with leading historians and cultural commentators on experimental uses of footage in political filmmaking and a masterclass on curating artists’ cinema.

Please check the website throughout January for the detailed programme schedule.