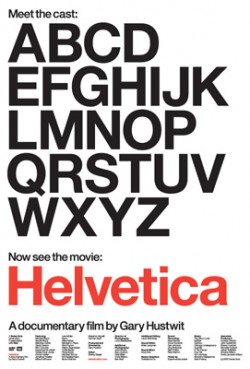 On the occasion of our 5th anniversary, TCDC invites you to attend private screenings of two inspiring, thought-provoking films that will open up the new dimension of creativity and design. Objectified and Helvetica tell the stories and perspectives of renowned thinkers and designers like you have never seen before—from the crystallisation of ideas to the production of creative works that have great impact on consumer behaviour and attitudes.

Take behind-the-scene looks at industrial design, the influence of world famous designers, and the everyday objects that dominate our lives with Objectified, followed by Helvetica, an independent film about typography, graphic design and global visual culture. The screenings will take place on November 25, 2010 at SFX Cinema, The Emporium.

Objectified
Focusing on phenomena little appreciated outside design circles, Objectified is all about industrial design and the creativity at work behind everything from toothbrushes to tech gadgets.

Helvetica
A feature-length independent film about typography, graphic design and global visual culture, Helvetica looks at the proliferation of one typeface (which celebrated its 50th birthday in 2007) as part of a larger conversation about the way type affects our lives. The film is an exploration of urban spaces in major cities and the type that inhabits them, and a fluid discussion with renowned designers about their work, the creative process, and the choices and aesthetics behind their use of type.