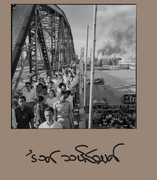 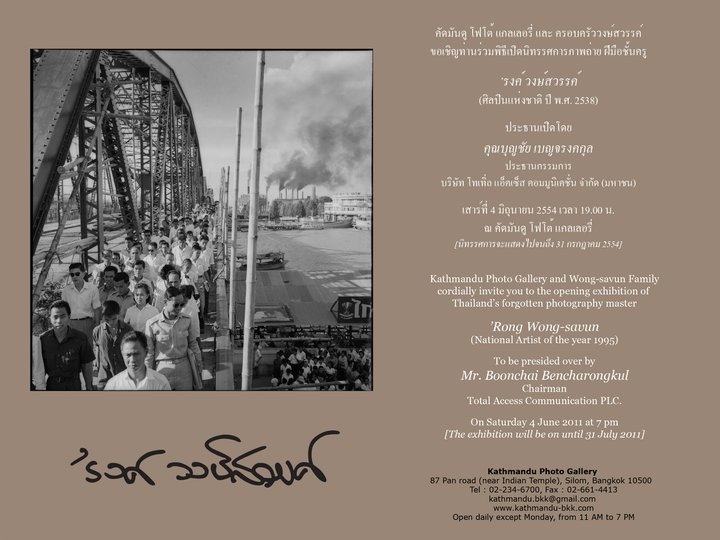 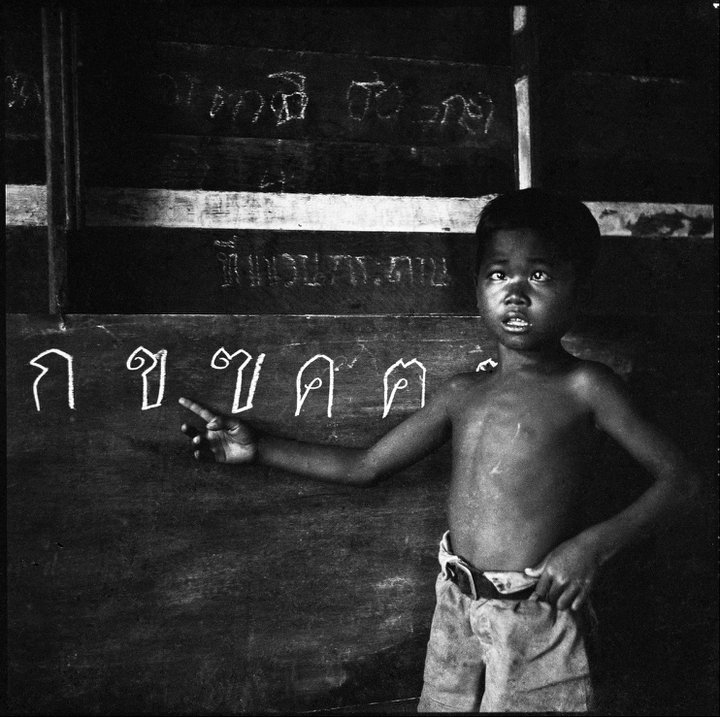 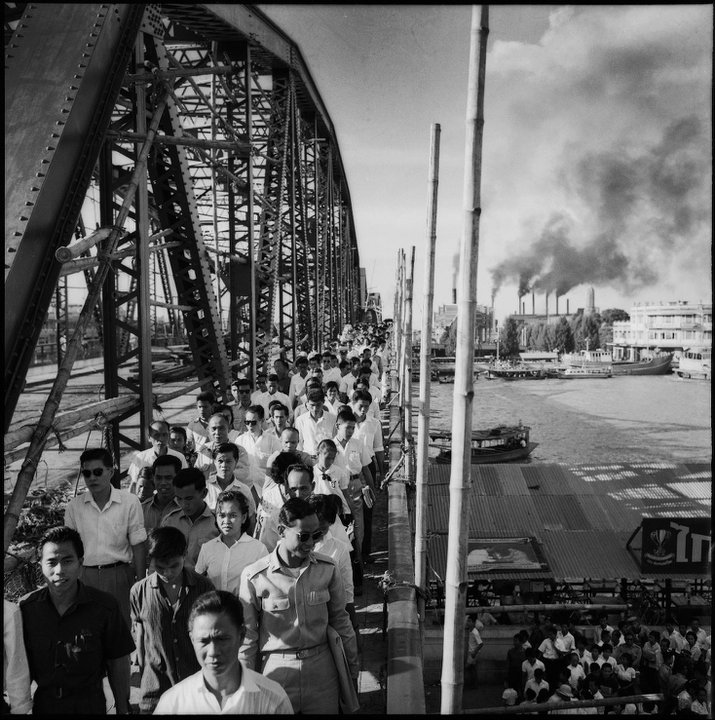 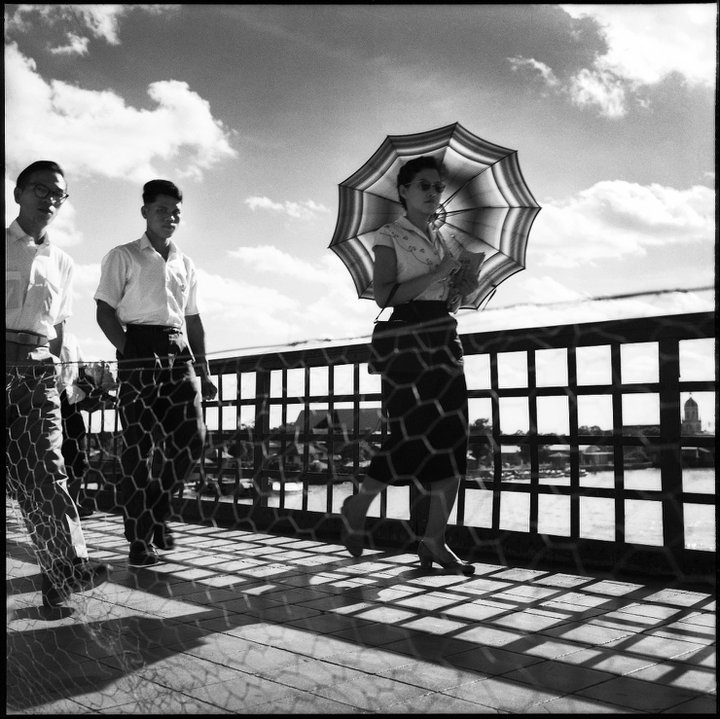 Comment by NEWS PORTFOLIOS*NET on May 28, 2011 at 9:07pm
A mini-retrospective of Thailand’s forgotten photography master
’Rong Wong-savun
4 June – 31 July 2011
[Opening party on Sat 4 Jun from 6.30 – 9 pm]
Honoured as National Artist in Literature in 1995, ’Rong Wong-savun (1932 – 2009) began professional life as a photographer. In only ten years (1954 – 1964), ’Rong managed to stand out from his contemporaries with his unique perspective on the world, the same gift that later earned him the name of the ‘Eagle of the Literary Garden’ for his inventive use and mixing of Thai and English words.

His photographic series on the Rama I Bridge still looks completely fresh and new to us today. His experimental camera angles – very low shots taken from ground level, bravely tore up the books on composition rules of those times.