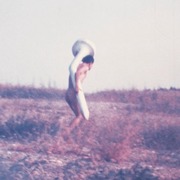 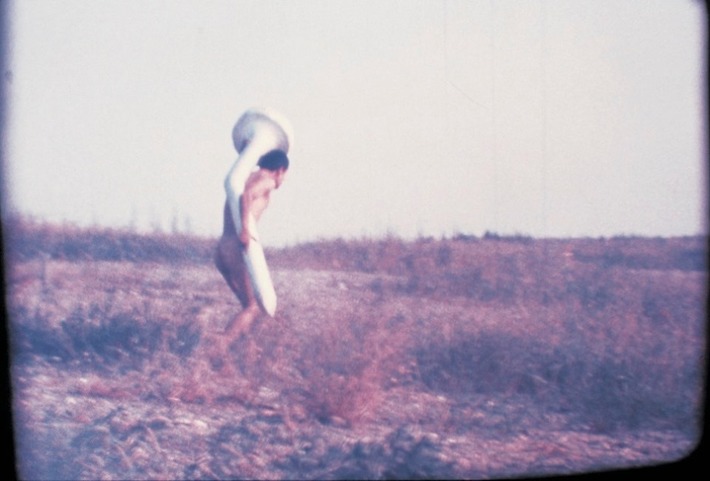 'Shinpan (The Trial)' by Shuji Terayama

The Trial (1975) begins with a man hammering nails into a city street before normal social order collapses and the ‘disturbance’ spreads to an act of violent audience participation. Terayama made this work for projection on a specially constructed screen and provides white leader at the end as an invitation for audience members to abandon their position as spectators and take possession of their own energies, hammering nails into the surface of the image.

Questions were an important part of the work of Shūji Terayama whose striking creative work exists in a liminal space between fact and imagination. Terayama’s career recalls a fairy tale of Japanese folklore in which a face shifts to become a different face. An acclaimed filmmaker, poet, radio and stage dramatist, essayist, photographer and horse racing tipster (with no less than eight volumes of commentary to his name), Terayama was, in the words of theatre critic Akihiko Senda, ‘the eternal avant-garde’. Terayama always made work that was interrelated, often producing visionary and unexpected outcomes in whatever his chosen form.

A bourgeois dog and former filmmaker confesses how he became four-legged by failing in love, apple-picking and revolution. A political comedy with magic twists.

Proclaiming adherence to an ideology is easy. Putting those thoughts and words into action is another matter. A filmmaker faces the comedic reality of both in ‘Self-Criticism of a Bourgeois Dog’, off-screen as well as on. Employing the absurdist sense of humour that gives the feature its title, German writer/director/editor Julian Radlmaier plays a character by the same name, who claims to be making a movie about a Marxist utopia in order to impress a woman.

For more information about the festival and other events please visit http://www.unfoldingkafkafestival.com/

RSVP for ภาพยนตร์ "Shinpan (The Trial)" to add comments!