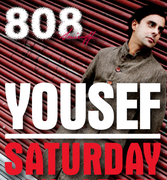 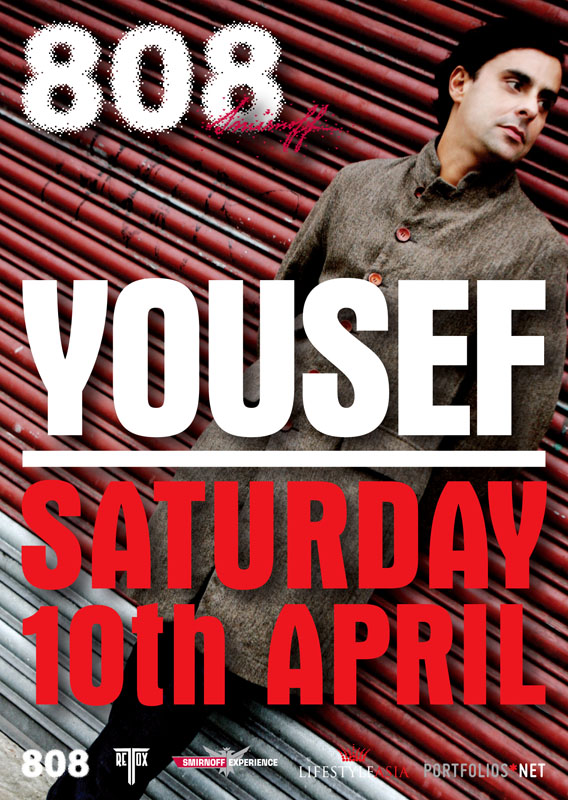 Saturday April 10th, 2010
at
808 Nightclub Rca
808 & Retox are proud to present one of the Uk’s brightest stars in the Scene. In the past 15 years, Yousef has not carved himself as just a dj, but also a heavy weight producer, and club promoter with his nights “Circus” in Liverpool.
In the past year alone, Yousef has had numerous releases on highly respected labels such as Renaissance (UK), pairing up with Detroit legend Derrick Carter with their track “Legacy”, garnering support from dance music greats such as Sasha, Carl Cox, Laurent Garnier & Danny Tenaglia just to name a few. With only 3 months into 2010, Yousef has put his touch on Moby’s “Wait For Me” and Gilles Peterson new upcoming project, showing his abilities as a diverse producer & broad musical taste.
As a Dj, he has graced clubs all over the world, including a residency at Matter London kicking off earlier the New year with none other than Sven Vath. With a vigorious touring schedule & production commitments, Yousef touches down in Bangkok for only one night. Makes sure you don’t miss out on his exclusive appearance only at 808