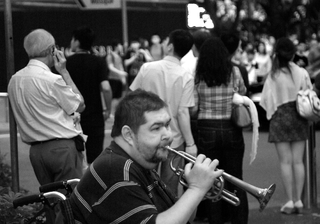 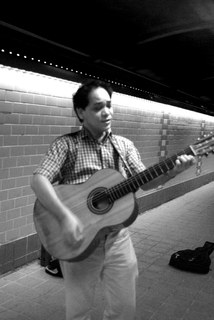 "The poor, well, they are on the streets begging for change."

It is hard to think that there are poor people in Singapore. The reality is, there are. Each country has its own definition of what a destitute person is. In Manila I’ve seen a lot of them growing up and even had our share of helping some, even letting a family live in our house for many years to help them out (their daughter now works as an IT here in Singapore and really doing well they are now buying their own house). But the state of the impoverished is relative to the country where they are. Having lived here in Singapore for more than a year now, I’ve seen poor people which compared to “Manila standards” are not really poor.

In a young nation that has so much wealth, people tend to think they are, especially if compared to those driving their Maseratis and those who live in detached houses. I thought about this album after my brief chat with my cabbie on my way to Orchard last Thursday. He thinks he is poor even if he has a job and a house. I can’t blame him. An office mate of mine, who drives a Merc, sometimes thinks he is average compared to the life he had before and compared to other blokes here. I even think, sometimes that I am poor here. I am definitely not poor in Manila but I sometimes think I am here. You just can’t help but compare. Like I said, each country has its own definition. In Manila I know how the rich people roll. You see them in their big SUVs with escort vehicles left and right. You sometimes see them in plush malls, their private clubs and dining at expensive restos. The poor, well, they are on the streets begging for change. Here in Singapore, you can see the poor and the rich cross each other’s paths every day. The poor here also begs for money, but they need a license from the government. They also have roofs over their heads and don’t need to sleep under a bridge or on the streets. The government takes care of that.

But something very common is at the point of contact, of meeting, the encounter is very much the same. The needy ask for help from the affluent or those with more than enough. Driven by whatever emotion or reason, those with more give, stop for a moment and go on with their lives – feeling a little good about themselves. Such is the reality between the poor and the rich.

I rarely document poor people but here are some I saw in Orchard and near Boat Quay, two of the most tourist-y areas in Singapore. If you want to see more of the socio-economic contrast in Singapore, I suggest having a look through at Melvin Mapa’s blog. He has a lot of those somewhat depressing but wonderful photographs http://mapaphotos.blogspot.com/. As for me, the world has more than enough share of our misery already, so I’ll just move on to other things.