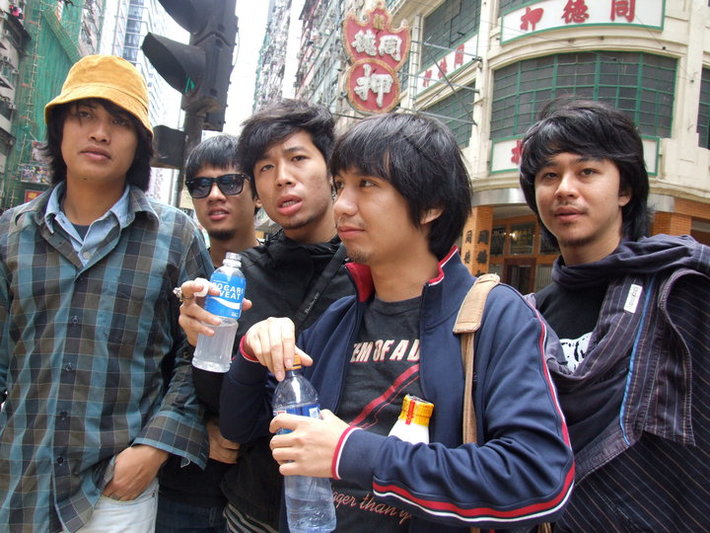 Desktop error began as a few high school buddies Tui (Bass), Meng (Drums), Bird (Guitar,keyboard), Op (Guitar) who were inspired by the 90's Brit alternative tunes. The band was completed after Lek (vocals) joined them a few years later.
Desktop error started off their music career by playing indie rock covers at a small pub in downtown called Lullabar (one of few venue where kids can enjoy good live music in Bangkok). They soon decided that playing other people!s songs was not enough for them and began making their own under the name Desktop Error. They came to local indie label SO::ON Dry Flower with their uniquely heavy mind capturing music.

Soon they released their debut mini album Instinct in 2006. The album is composed of 6 songs with thick wall of guitar sounds and alternative beats. Their yet rough but energetic live performance gained attention from local music listeners and media.
In 2009, they released long awaited first full album Ticket to Home, they have spent 3 years to compose more than 20 songs and captured 14 of them into this album. Songs become more simple and strong with good melodies. As a result, their first single Took Took Wan (Everyday) stayed number one at radio chart for 3 weeks.
Guitarist Bird's wide musical skill add unique taste to band's music, especially when he play Thai traditional instrument. Album consists variety of music style, from Thai folk to Shoegazer as if they refuse to be categorized in one genre.