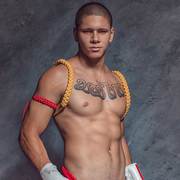 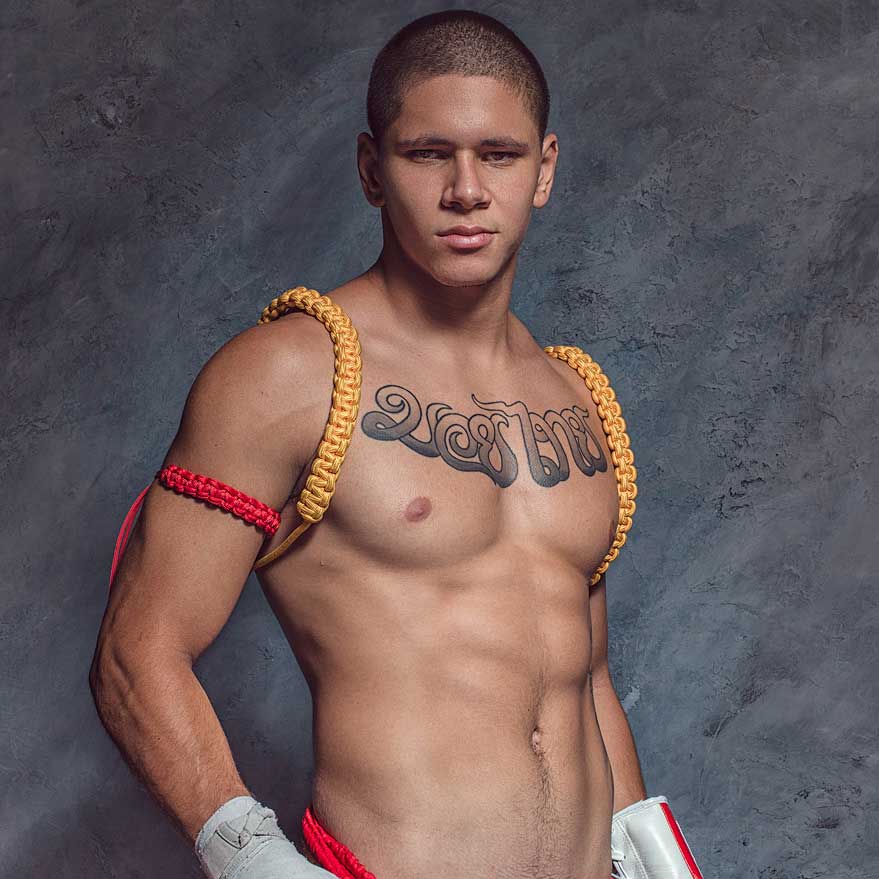 Warlords
New Photographs by Troy Schooneman
November 25 2014 - February 28 2015
Eat Me Restaurant is very pleased to announce an exhibition of portraits of professional Muay Thai fighters by the Australian-born artist Troy Schooneman, who has been based in Thailand for over a decade. WARLORDS most immediately distinguishes itself with the fact that these fighters are émigrés to Thailand. The appearances and poses of the men in Schooneman’s photographs both challenge and extend local views of the sport and the forms of masculinity that usually symbolize this artful yet brutal sport.
Muay Thai emerged from bare-fisted boxing to become codified during Thailand’s accelerated modernization in the late 19th and early 20th centuries. Characterized by the combined use of fists, elbows, knees and shins, the public practice is preceded by a ritual where the fighter pays homage to the teacher. Traditional, remarkably disciplined and culturally evocative, the spectacle of Muay Thai carries a rich set of associations: between national pride and underground economies; ancient knowledge and contemporary working class heroism; and, of course, beauty and degradation.
The men in Schooneman’s portraits carry the chiseled idealism of warrior masculinities, tense and confrontational. And their gaze typically meets ours. However, a close examination of the photographs reveals a subtle array of emotions that complicate the mere celebration of brawn. WARLORDS can essentially be experienced as a meditation on the intricate and often contradictory relationships that the fighters hold with their acquired identities.