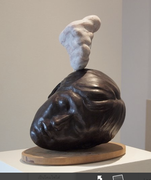 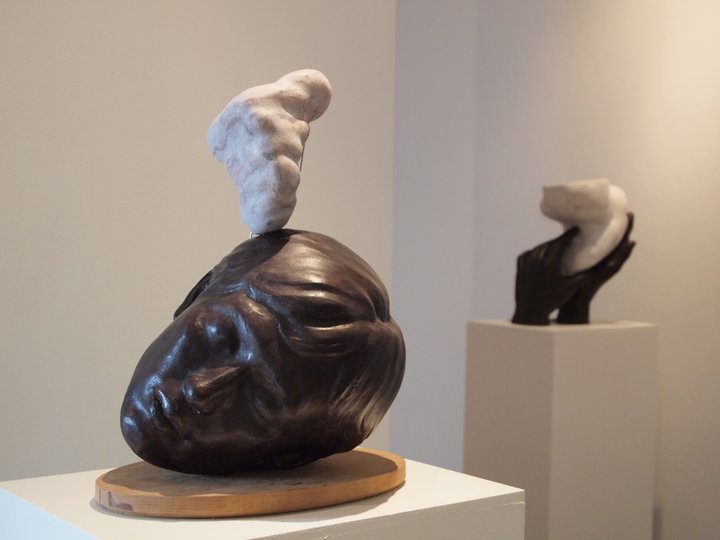 Meaning ‘never ending sky’ in Thai, Noppadon uses his name as the initial… entry point for the contemplative and philosophical series of cloud forms. The physical properties and spiritual potentialities of clouds have long provided man with a source for inspiration and speculation. The celestial bodies suggest a higher plane in Christian symbolism, a gateway to the heavens. Using nebulous imagery for associations to Buddhism, Noppadon explores the metaphysical possibilities of clouds as a metaphor for extraction from the attachment of earthbound suffering, reaching toward the nothingness of enlightenment.

Currently lecturing sculpture at Silpakorn University, where he earned his MFA, Noppadon studied the technical aspects of marble sculpting in Florence, Italy. Awarded the Gold Medal for Sculpture at the 46th National Art Exhibition in 2000, the 40-year-old has staged numerous solo and group exhibitions in his native Thailand, as well as Italy, Spain, Korea, India, Australia, and the USA.