นิทรรศการภาพถ่าย "THIS WAS A MAGAZINE" 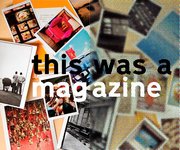 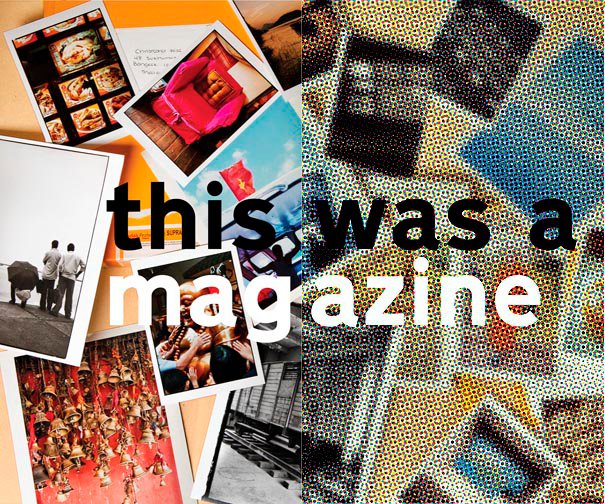 RSVP for นิทรรศการภาพถ่าย "THIS WAS A MAGAZINE" to add comments!

Comment by PORTFOLIOS*NET on March 30, 2011 at 10:51am
CHRISTOPHER WISE: THIS WAS A MAGAZINE
30 March ~ 7 May 2011
Opening Reception: Wednesday 30 March, 7pm
WTF Gallery is pleased to announce an installation of photographs by Christopher Wise. His work recalls his experience working as a photographer for travel magazines around the world and pays homage to an era when film was the common format for capturing images. The history of his assignments and published stories comes to life through optical prints (made from negative enlargements rather than digital prints or digital image capture) as well as contact sheets and pages from the magazines where the images were published.

All of the prints in the show were made to be published in physical magazines, where four colors of ink-cyan, magenta, yellow and black are layered on paper to create images. The images were created by light affecting photosensitive emulsion on film, an analog process that continued with the resulting negative being used to filter light onto photosensitive paper, transformed briefly into digital form for the pre-press process, before returning to analog pages again and bound together to make a magazine. The prints were made from 1999-2009, when most magazines still preferred to work with film. Since then transition to digital has become complete and some titles now exist only in digital form, to be experienced as glowing images from computer screens or tablets.
The photographs in THIS WAS A MAGAZINE document the places and stories that Christopher Wise passed through, and also a photographer's evolution and education, from beginner to professional, and from visitor to resident of Thailand. Like saved tickets to a show, the stub of a boarding pass, or a restaurant bill, the prints are now relics from the photographer's small adventures in the world.

The prints will be available to buy and take away after the opening night. Once they are taken off the wall, the buyer will write instead: THIS WAS A PHOTOGRAPH OF.... Therefore, as the show progresses the gallery will empty-and others take away the images, to imbue them with their own memories and meaning.
His work has been published in Travel+Leisure, Budget Travel Magazine, Conde Nast Traveler US & UK, Gourmet, Departures, Menงs Vogue, GQ, Details, Monocle, Menงs Journal, ITT 2006 Annual report. His photographs have been recognized by the American Photography (AP) competition - images were chosen for AP 17, AP 21 and AP 23. His personal photo essay, Pattayaland, was shown at the Angkor Photography Festival 2007 and exhibited at Kathmandu Gallery, Bangkok in 2009.
Christopher Wise grew up in the woods of Vermont. He has worked as a photographer based in Bangkok since 2001. Before pursuing photography he was a graphic designer in New York running his own agency