นิทรรศการ "The Way of Shu-Ha-Ri” 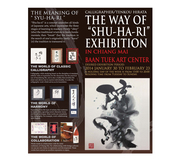 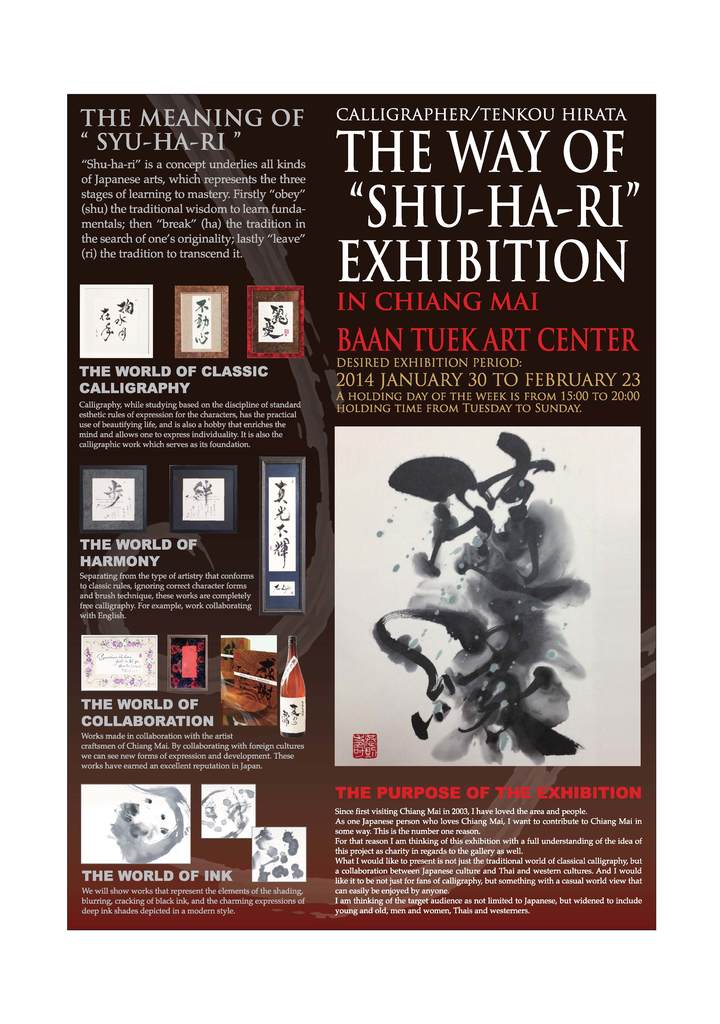 Invite you to come to see "calligraphy exhibition"

Tenkou Hirata is a calligrapher.

His activity place is Japan.

After visiting Chiang Mai for the first time in 2003, He developed a love for both the place and its people. The main reason for holding this exhibition is motivated by his desire to contribute in some way to Chiang Mai, as a Japanese who has a genuine love of the city. He is therefore thinking in terms of a proposal development which reflects a full understanding of Chiang Mai University's position on nurturing young artists, as well as the gallery's views on this project. In addition, He has also received approval from the chief priest of Wat Don Chan in Chiang Mai to donate all proceeds from this exhibition to the temple. The exhibition will depict not only the world of classical writings, but also elements of expression such as contrasting density, bleeding, and thin spots of Sumi. By depicting the many shades of Sumi and the appeal of its expression in a modern way, He is hoping to showcase the artistic collaboration between Japanese culture and Thai and Western culture, thereby creating a more casual ap
proach to calligraphy that can be enjoyed by anyone, as well as more serious fans of the world of writing (calligraphy).

RSVP for นิทรรศการ "The Way of Shu-Ha-Ri” to add comments!