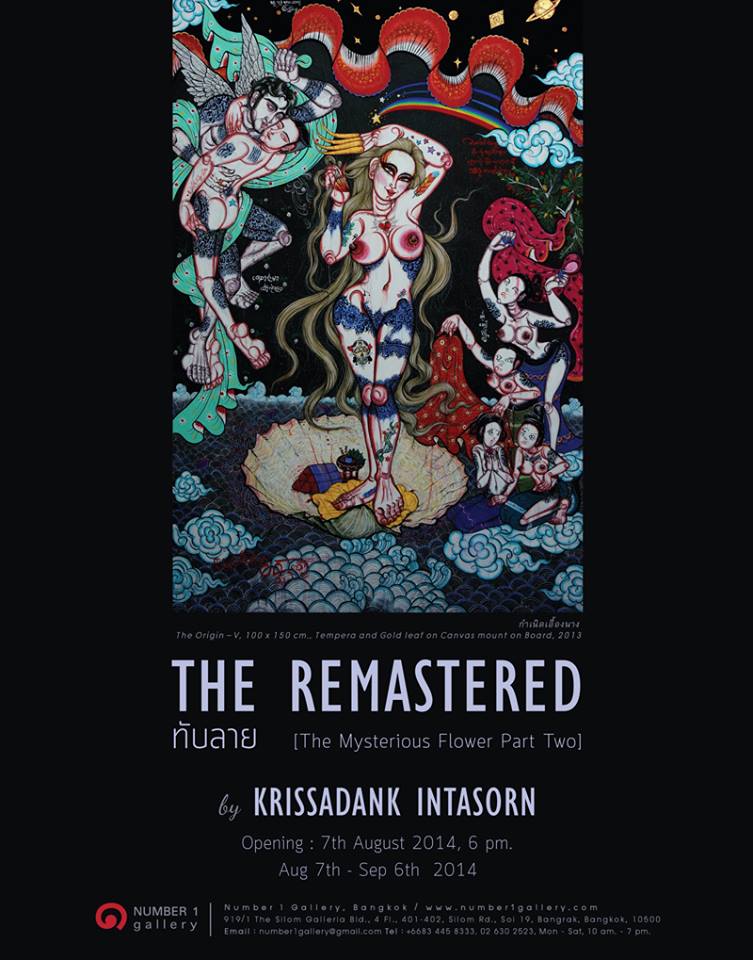 If we define the word “contemporary” with art today, it is possibly difficult to limit on what we call contemporary. “The Remastered” is a series of paintings inspired by the masterpiece of works from Europe which have been recognized and praised all over the world. However, in the other part of the world, the mystery fascination emerge with hidden magic. Pieces of artwork that sometimes could not clearly identify who was the painter but those artworks tell us a story of culture and way of life. Significantly, it is about “belief “that painted on walls and in the “pap sa,” the old traditional books from Lanna civilization still remain. If we carefully cogitate towards the artworks, we might amazingly see the similarity of imagination between the two worlds i.e., the mythology about heaven and hell, gods and goddesses which disguise with teaching words or sexual affection.

This is the beginning of the idea to create the series of artwork inspired by masterpieces from Europe and painted with the soul of Lanna (Northern Thai culture) telling the story about sexuality which are not limited only an affection between men and women, but also various types of love. This series aims to openly express passions of freedom, rights and equality among human beings. “The Remastered” or the mysterious flower part two shows the contemporary arts which is not just the reproduced work, but it is the awakening of the dead mythology to become a new colorful story. 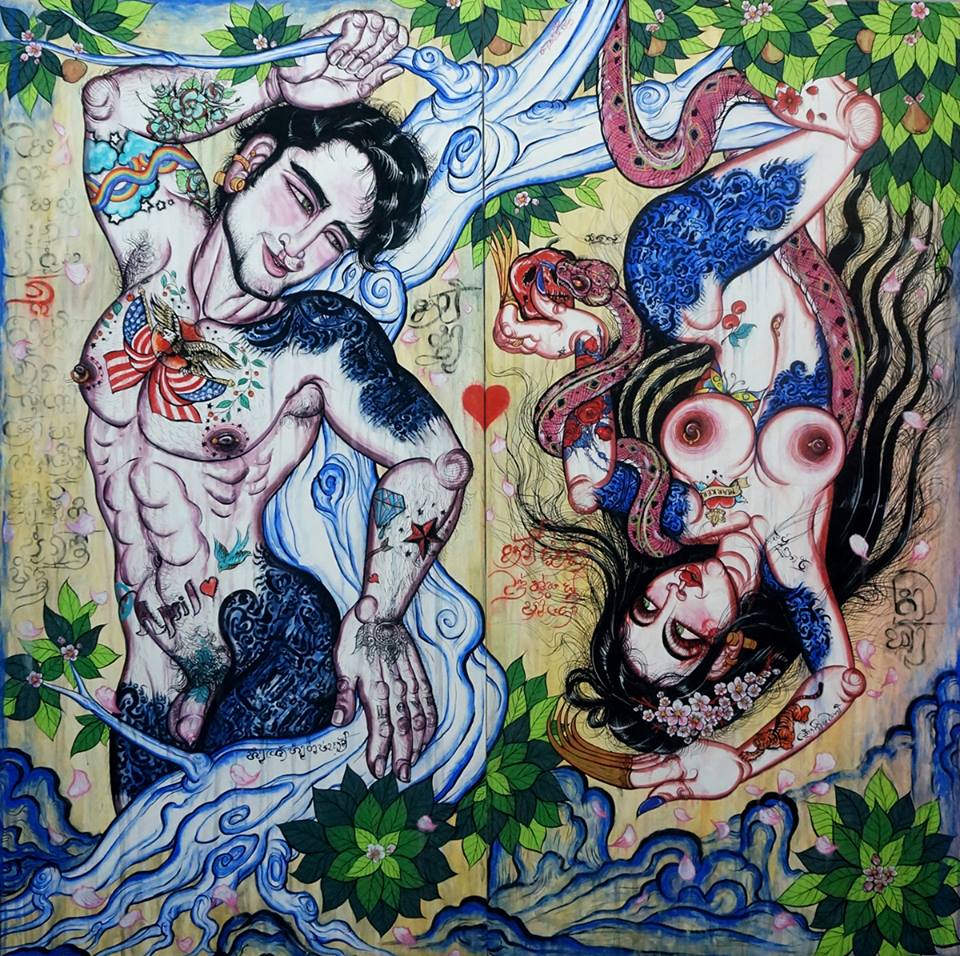 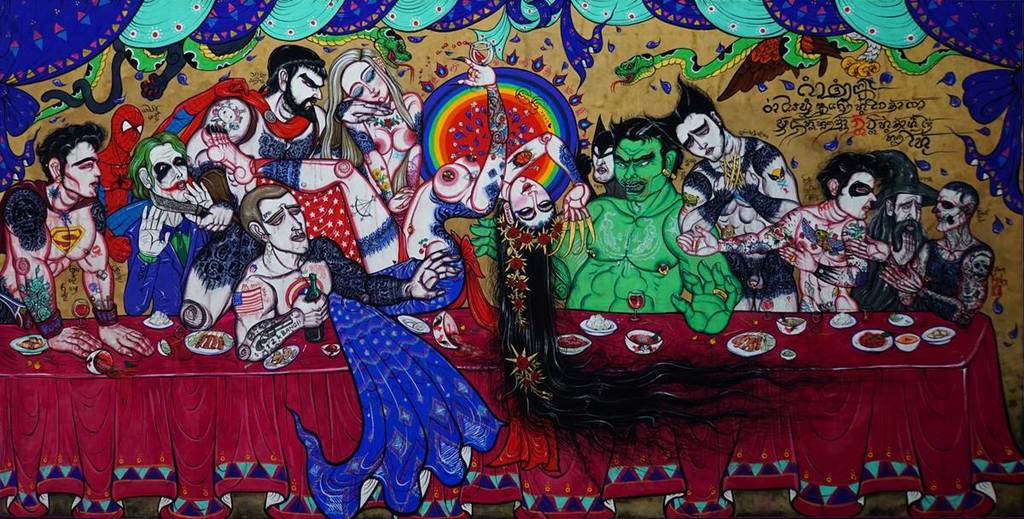