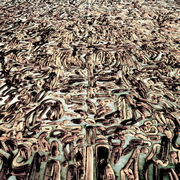 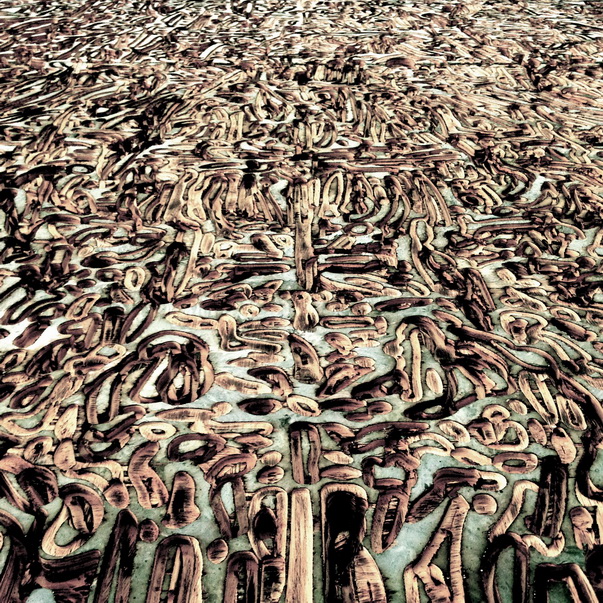 Bangkok-based Japanese artist Soichiro Shimizu will exhibit his mostly large-scale abstract paintings created in the past two years as well as a sculpture in his latest solo show entitled Sculpere. Shimizu’s works are known for their sense of duality. Where one feels naturalness, one often senses artificiality, and in places of toughness, there exists delicacy. With opposing forces meshing together on the multiple layers of paint, his paintings exude strong life energy through shapes, lines and texture reminiscent of cells that multiply to form tissues and organs, thus leading to life and living.

The title, Sculpere, the Latin root for the word ‘sculpt,’ reflects Shimizu’s distinct painting technique that plays with paradoxical ideas. The artist says, “My technique involves overlaying and then scraping away. What is revealed is what was always there. Like Rauschenberg who introduced destruction into the primary act of creation. I give as much attention to every detail as a de Kooning-type painter, who spends a month scraping down and working over his surface.” As paintings are made by covering a surface with paint, the artist is experimenting with the possibilities that exist within the confines of a particular framework—the challenge of life, as he refers to it. By erasing what he has inscribed, the range of possibilities is extended.

“Sculpere” also marks the very first time Shimizu exhibits a sculpture, a large three-dimensional extension to his idea about duality, covering and revelation. Also applying the same thinking and working principles as his paintings, the work offers a glimpse into an important chapter in Shimizu’s artistic journey as he explores what his process of layering and taking out may bring.