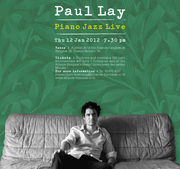 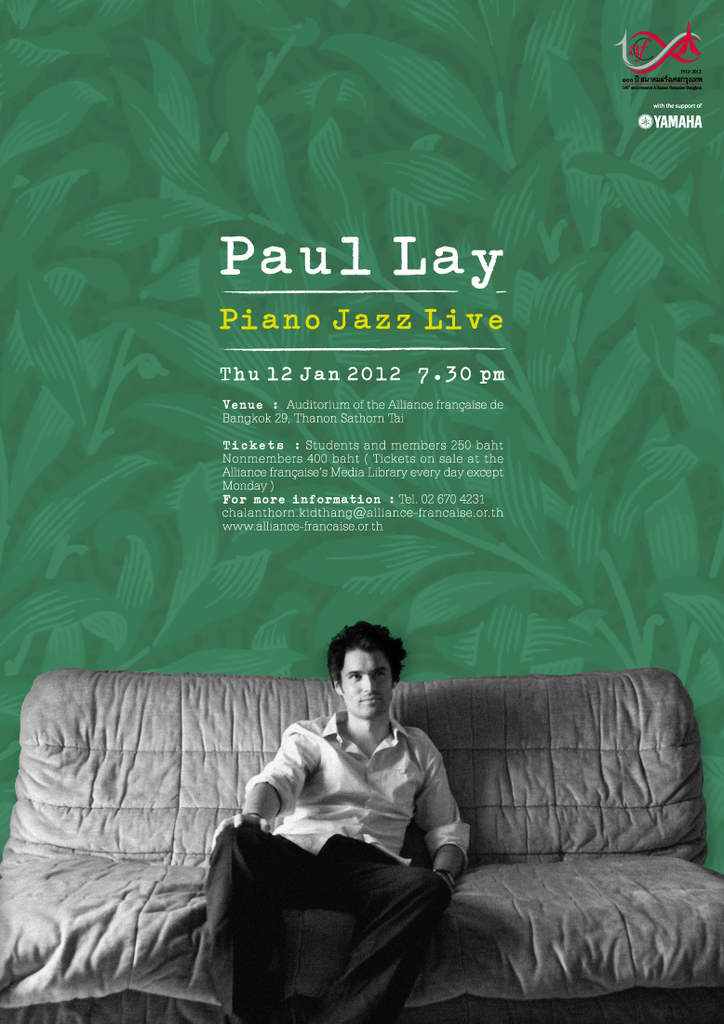 Regarded by critics as one of the best pianists of his generation, Paul Lay will give a very special concert at Alliance francaise de Bangkok on Thursday 12, January 2012 at 19:30 hrs.

Paul Lay is not just an exceptional soloist as he has set up two groups which he conducts and plays with: Into the Lines (piano, trombone and saxophone) and the Paul Lay Trio (piano, bass, drums) with whom he recorded the album “Unveiling.” He also performs with others musicians; he has given concerts in France as well as in New York, Toronto and Berlin, and toured Central America with the support of the French government agency Culturesfrance. With this first album, Paul Lay is poised to become one of his generation’s leading pianists.

After graduating from the music school Conservatoire de Toulouse in Southwestern France, Paul Lay attended Paris’ music school Conservatoire national supérieur de musique where he graduated in jazz and music improvisation in 2006. He then continued to study, working with Riccardo del Fra, a bass player famous for his compositions for film and stage. Lay started playing with musicians such as jazz drummer Joey Baron, jazz saxophonist Archie Shepp, and composer, saxophonist and clarinetist Michel Portal. His ta-lent was soon recognized, and he began collecting awards at competitions such as the Moscow International Jazz Piano Competition in 2005. He also received the soloist prize in France’s national competition Concours National de Jazz de la Défense in 2008.

The piano jazz concert will be staged at the auditorium of Alliance Francaise, Sathorn Tai Road. Tickets are THB 250 for students and members and THB 400 for public. The tickets can be purchased from Alliance Francaise’s library (closed on Monday). 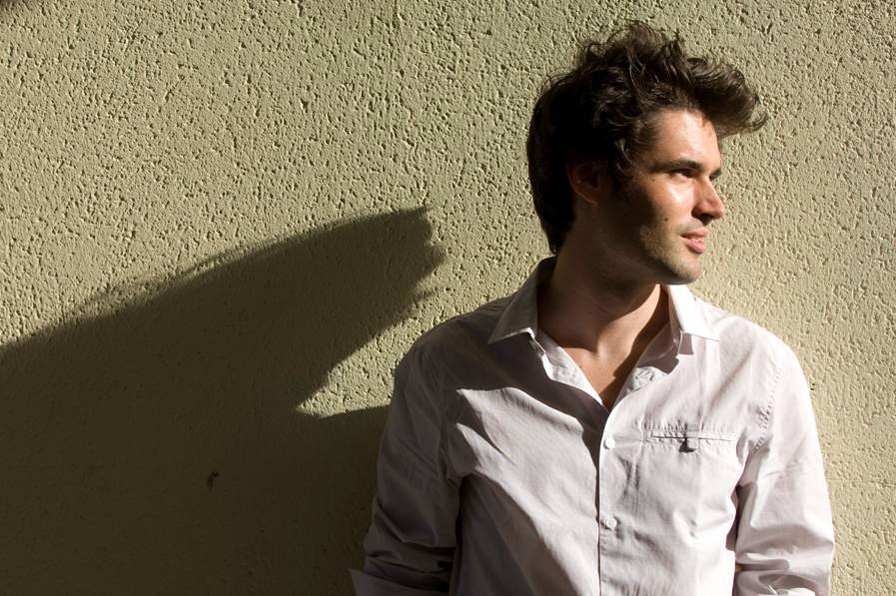