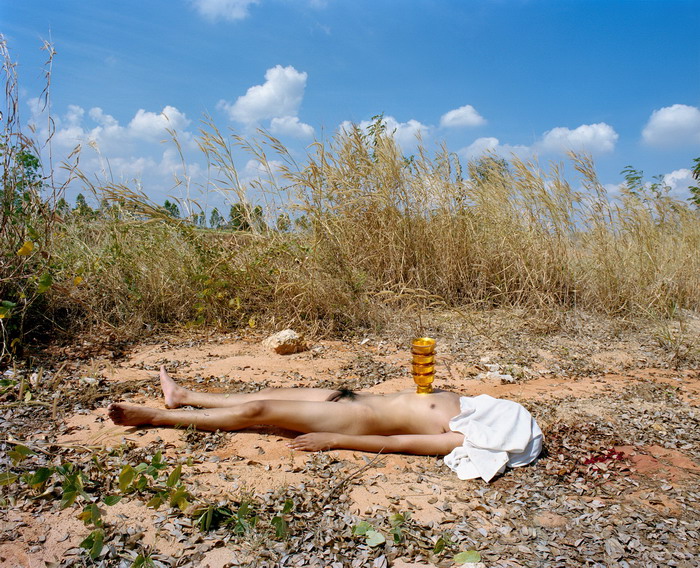 Opening Party, Thursday 31st of January from 6 until 8

H Gallery Bangkok is very pleased to announce an exhibition of new photographs by Tada Hengsapkul, a young Thai artist who exhibits internationally. This exhibition also includes an introduction to Tada’s burgeoning interest in video.

PARADE is an installation of works in which a brazen humor reveals a critical exploration of fissures that have appeared in local belief systems in recent years. With reference to political instability and the Thai nationalist landscape, Tada creates scenarios where codes, symbols and gestures are employed to flailing, contradictory and anarchistic effect. PARADE claims a gleefully aggressive loss of faith in traditional or ideal views of nation and identity.

The title of this exhibition evokes a culture of appearances and the idea of performance. Tada revels in the implications of bombast and the rhetorical, pushing at the limits of the signs and symbols he uses while prompting reconsideration of the resonances they serve.