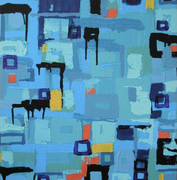 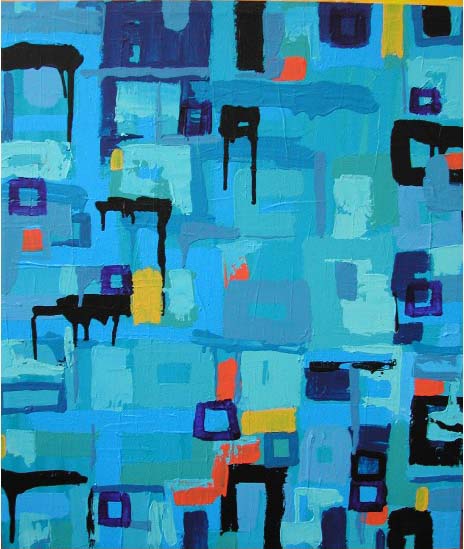 Liam’s Gallery (Pattaya)
Opening date Fri, Jan 8, 2010 from 6:30 - 8:00 pm.
Exhibition dates Jan 8, 2010 – Feb 7, 2010
Gallery hours: 10 am. - 7 pm. from Tue to Sun
Pol Cruz was born in the province of Bulacan, the Philippines on the19 July 1960.He travelled around South East Asia and eventually settled in Australia in 1980.He now resides at a farming property in Bogan Gate, Central West NSW, Australia.Largely self taught, he also attended the University of thePhilippines, the San Francisco Art Instituteand the Ceramic at Orange TAFE, NSW, Australia. He is presently an arttime teacher at the TAFE Instituteand holds classes and workshops at primary and high school levels inboth public and private schools in NSW.

Pol works in a variety of mediums including canvas, paints, paper,clay, and found and recycled objects. He has exhibited widely inboth public and private galleries in Sydney, Adelaide, Brisbane andprovincial cities and towns in Australia;in Paris and Nice, in France: in San Francisco and Napa Valley inCalifornia, USA. His works are held in both public and privatecollections in Asia, Europe, USA and Australia.

“The markings I make on the surface of the canvas are only thebeginning of the clue and a visual guide to he intellectual reaction the viewer will have towards my work.”

“In this collection of paintings, I included some pieces I painted inthe last five years in order to give the viewersan historical glimpse of my work.”

RSVP for Painting Exhibition by Pol Cruz to add comments!