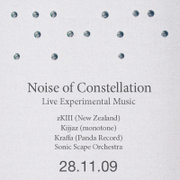 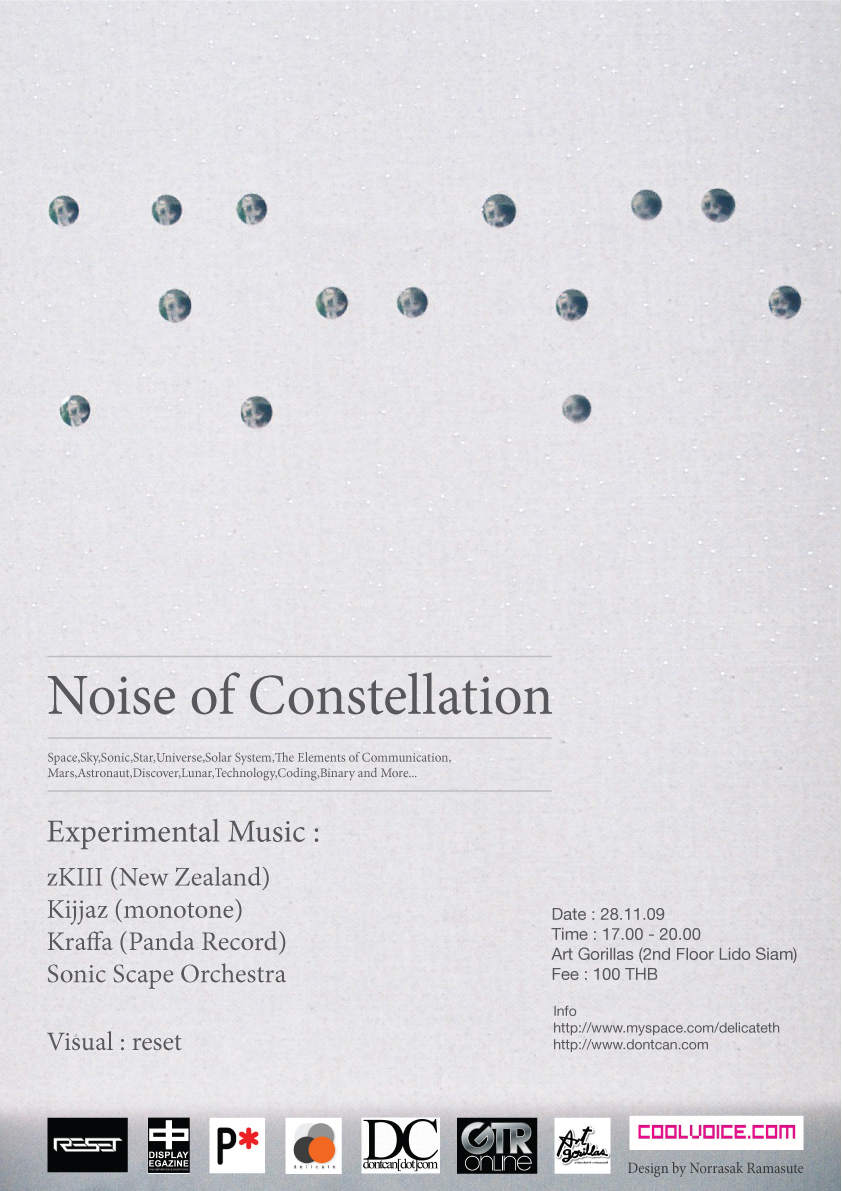 
:::::: About zkIII ::::::
zK became sometime at the end of the C20th. The ﬁrst performance at the FutureSonic 99 event was an answer to a challenge,
which resulted in an ad hoc display of three individual views of electronic address.
As a result of this,
two of the demonstrators perceived tangible areas of agreement,
and, as such, decided to follow the courses set for zK.
Prior to this, both members had been heavily involved in the
emergence of the rave culture.
Both have been involved in radio broadcasting, pirate and
Kiss FM Manchester. One or both members have Dj’d all over
the UK and Europe including performances in disused London
Underground stations, The Warp 10th birthday party,
Glastonbury festival and All Tomorrow’s Parties. However, merely playing others music,
however good, was soon to become a limitation.

RSVP for Noise of Constellation to add comments!