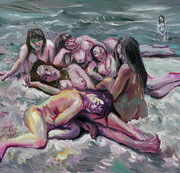 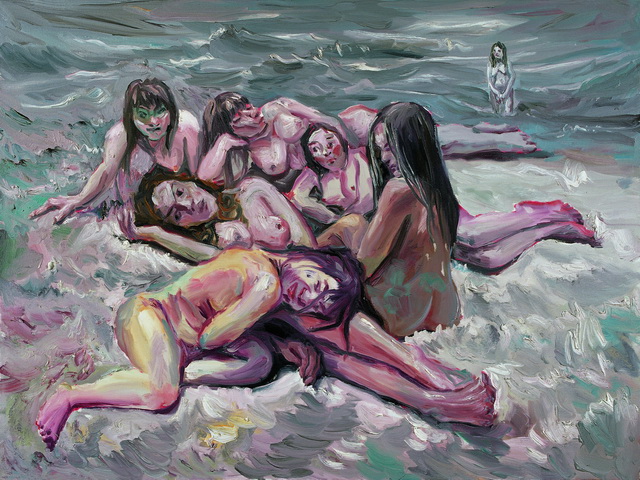 A Solo Exhibition by Yin Zhaoyang

Tang Contemporary Art has held an exhibition for Yin Zhaoyang in May 2009 inBangkok for his works on paper, and the exhibition is entitled ?InteriorScene?. After many exhibitions, and going through, changing of studio,renovation of space, suffering from a car accident, and mediations, in 2010,Yin got back into the studio to continue the story on ?Interior scene?, andwritten a new chapter in ?Island of Four Seasons?. An island appeared like agift from heaven, Yin proceed on his understanding on life and the newrealization of himself, he has taken another step in his artistic life.
Today, Yin Zhaoyang having passed through his years as an enfant terrible, isre-assessing himself as he enters the ?afternoon of life? he is liberatinghimself and exploring a totally new language. In this ?Island of Four Seasons?series, Yin expressed his understanding towards human, history, or even arthistory and all that it encompass; this is a conclusion of his practice inpainting human figure in all these years. Yin opened up a new territory in hispainting by going beyond his former idealistic language and return to hisinterest in human nature. Yin Zhaoyang, in his post-heroic era, haveillustrated the nudity, richness, and expansion of desire in human body. Thesecharacters are sealed in this dangerous and mysterious Island, reflecting thegreediness and the lost of modern human and their spiritual status. These newseries of paintings thoroughly show the paradox in the subconscious in modernpeople.

Born in Nanyang, Henan Province, China in 1970, Yin Zhaoyang graduated from theDepartment of Print-making, Central Academy of Fine Arts in 1996 and currentlyworks and lives in Beijing, China. Among the ?post-70s? artists, Yin Zhaoyangpioneered the artistic exploration on the subject of youthful sadness and beganfor the first time to project the self-imagery and emotional features of thisgeneration onto the canvas. By situating grand narratives in humanisticconcerns and reflection, his paintings offer a sentimental epitome of theplight suffered by youth of a particular era. In the 1990s, ?Youth Cruelty?paintings by artists represented by Yin Zhaoyang, among others, have added tothis category an experimental dimension and enhanced its depth of thinking interms of narrative, concept of image and aesthetic taste, constituting a majortendency in avant-garde painting of a decade. Now, it seems that Yin?s work hasa close kinship to idealistic spirit derived from ?cultural enlightenment? ofthe 1980s. The recall of childhood experience never touched deeper intopersonal life; instead the realistic method and symbolic tone unveil theindividual pursuit towards free will.

RSVP for นิทรรศการศิลปะ " Island of Four Seasons " (A Solo Exhibition by Yin Zhaoyang) to add comments!