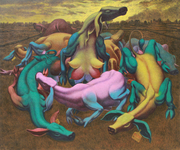 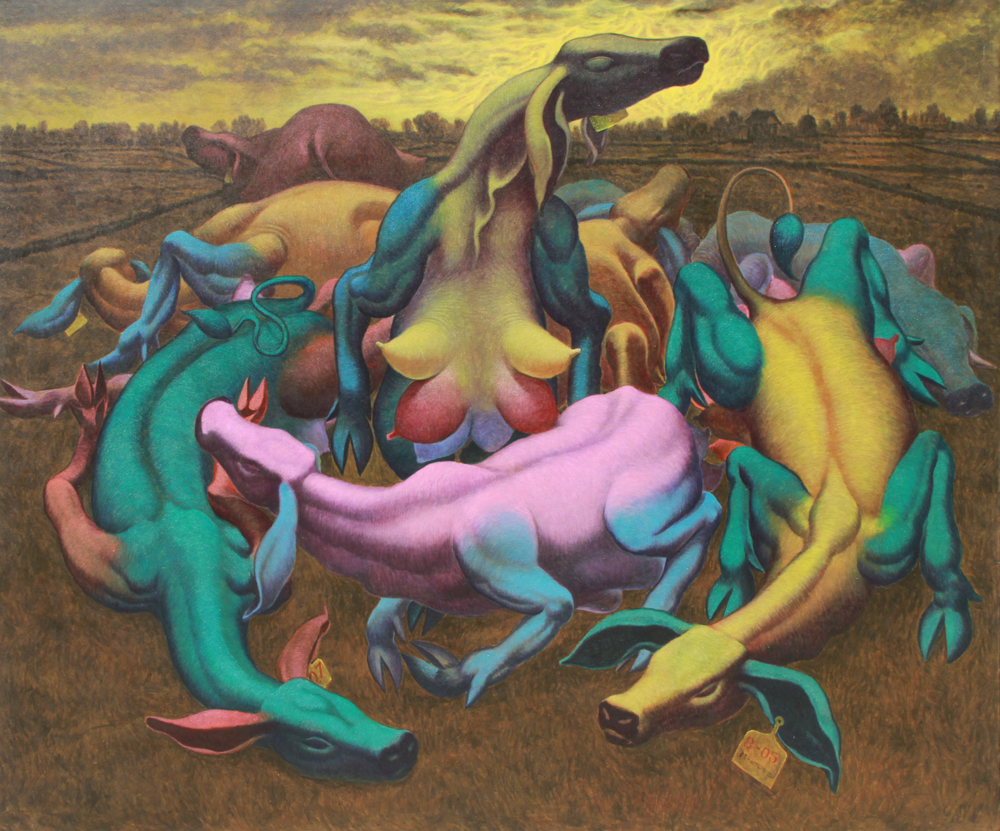 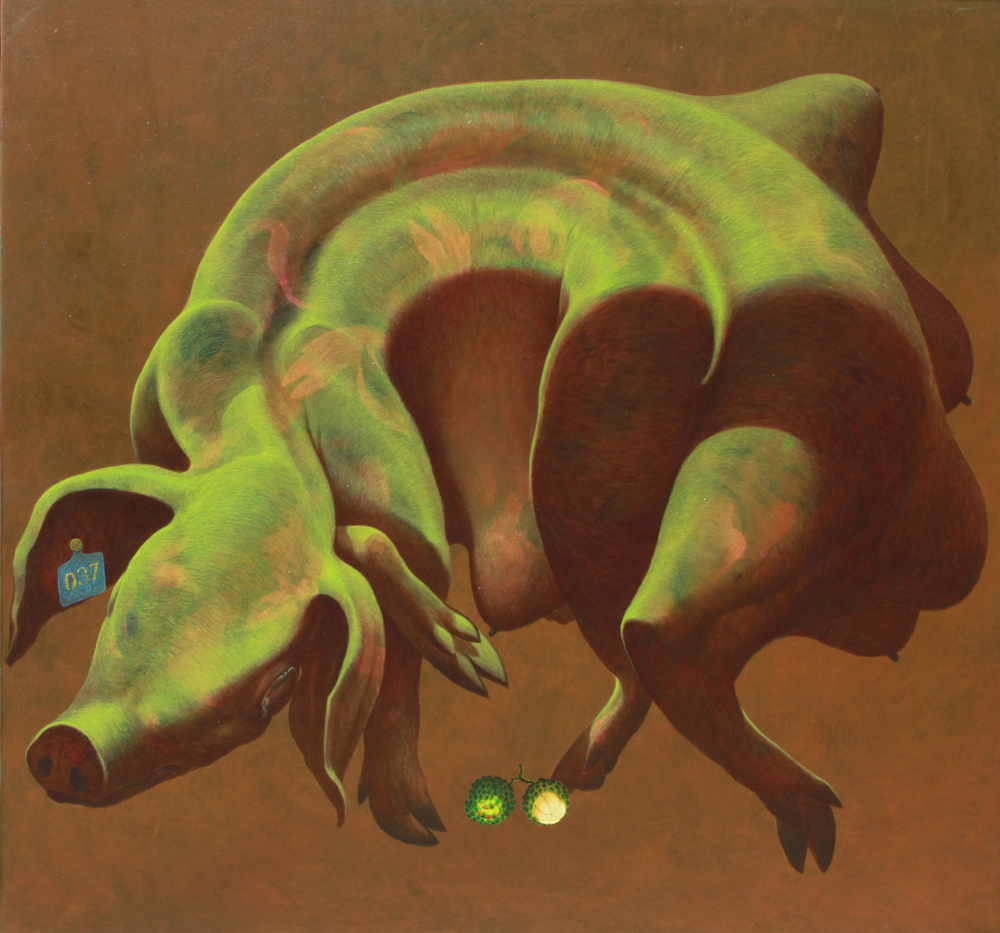 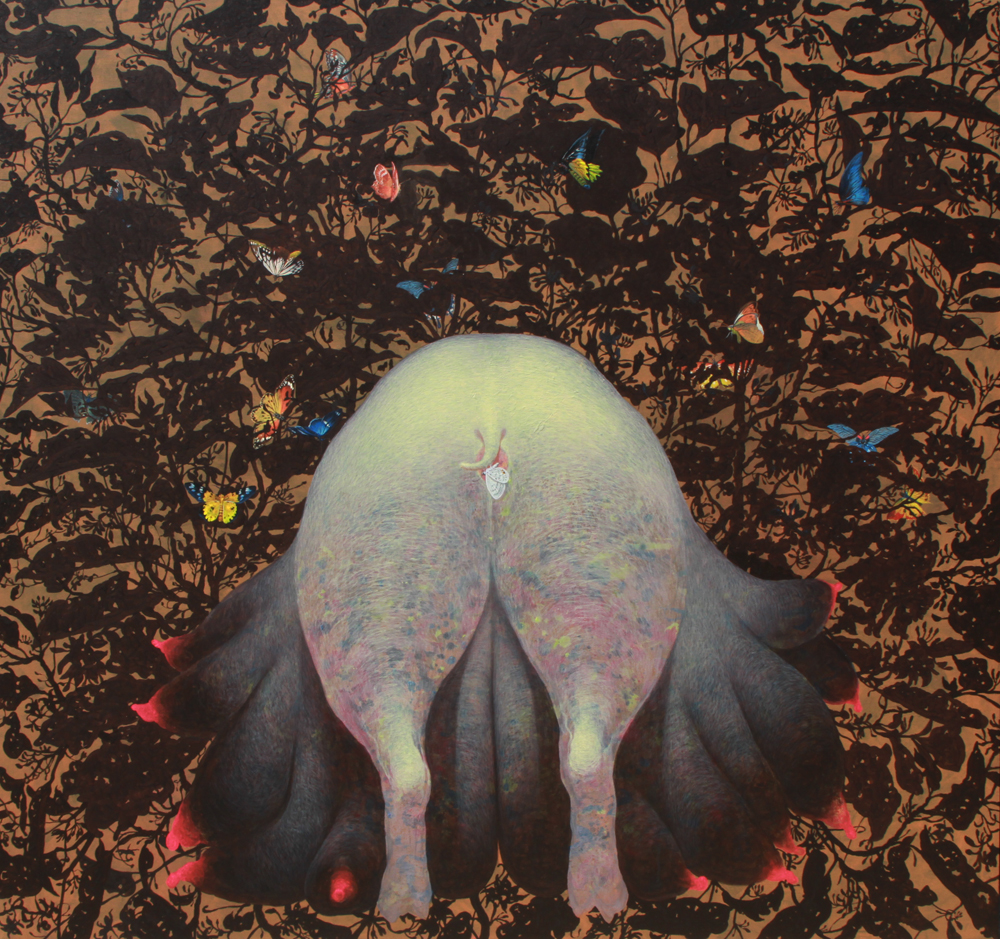 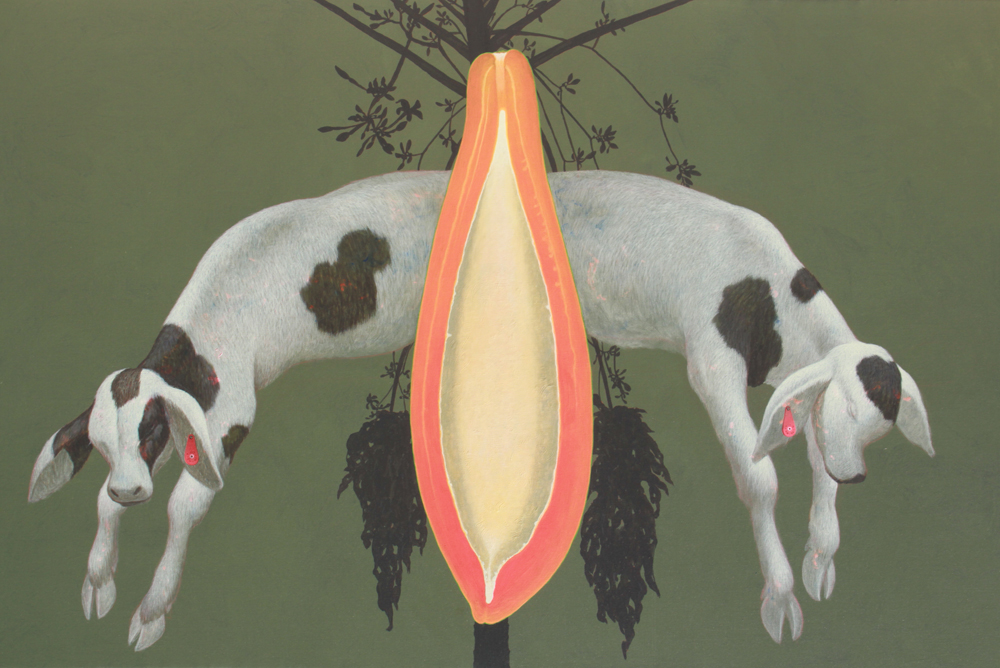 At Eat Me Restaurant curated by Pan Pan Narkprasert

Introgression is Thongmai Thepram first solo exhibition. Holding a master's degree from Silpakorn University, Thepram questions the moral issue surrounding the long-term environmental effects by humans through our intervening processes of genetic engineering. In this exhibition, the artist utilizes form as the component, the color as a media, and the sign as the expression.

Genetic Engineering has been openly embraced into the agricultural and farming industries since its introduction. Especially the monumental maximizing effects in the production of food through the alteration of their DNA, man now has the ability to play god and produce disease-resistant crops and cashing in more money then they could ever imagine. However, the deliberate modification of biology in the cellular level could lead to mutations which could create chaos on the appearance, the biological structure or even the instincts of the animals.

In the pieces "No Sense,"Distortion 1 and Distortion 2," the form of the cattle and pigs are so abnormally misshapen which acts as a reflection to man's obsession to alter the biological structure of a being that he forgets what nature had planned for her own creations. Similarly to "Breeder 1" and "Breeder 2, " the yonic symbol of the female is made overly abundant with a large number of weirdly shaped breasts that no longer signifies fertility but instead acts as a constant reminder of the tragic violation to nature by humans. The yonic symbol is further displayed in "New Borns 1" and "New Borns 2" where the summation of all the forms pay tribute to the womb. The new born cattles that are branded before they can open their eyes symbolizes the innocence and the weakness these animals have and what dark faith lies ahead of them.

Paintings from “Introgression” will be on display at EAT ME from January 10 - Febuary 5, 2011. Eat Me Restaurant is open to the public daily between 3 PM and 1AM. The restaurant/gallery is located next to the Carmelite Monastery on Convent Road near the Sala Daeng Sky Train Station. It can be contacted at 02-238-0931or Eatmerestaurant.com