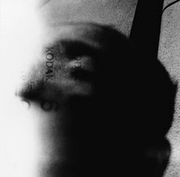 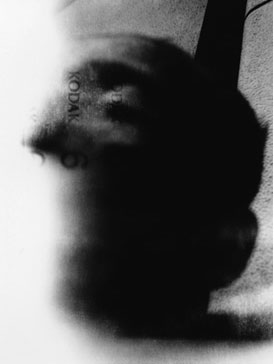 In-Land: the interior, the terrain within, inside, land-locked, enclosed, surrounded.

This series isn’t about anything in particular other than a way of seeing. There’s no point to it, no grandiose issue extolled in it, it’s not ‘complete’, finished, concluded – it’s still ‘proto’ which is perhaps its point, or at least a point to it I personally like.
It’s simply a non-linear, circuitous meandering that follows some of my commonplace, everyday footsteps in and around Bangkok. These images, like rough sketches or scribbled notes, are just a few ideas of mine that have been rattling around unnoticed in my mind for some time. Assembling them together like this gives them ‘form’ or ‘body’, in the way a ghost would acquire physical shape if it were to wear a jacket. Inside the jacket - at least to our eyes - is thin air, a ‘nothing’ (except perhaps the energy we can’t see).
‘In-Land Out-Cast’ explores the city as metaphor, as a subjective, an idea, a perception of seeing, a vision, a blindness.

Photographed in October 2009, this is a work in progress using 135mm and 120mm film. On many levels it’s an extension of previous work, particularly ‘ya ba’ (2004) where I began to perceive the city as allegory, as film-noir or fable. At that time vandalizing my 120 film became a highly charged visual imperative that paralleled a frayed state of mind, it relied only on ‘chance’ and a complete loss of control. The metaphors in this series are very different.
There’s no space for composition using this ‘technique’ – the leaked light, the film burn, like bars on a dungeon door - dictate all. There’s no (pre) conceived direction, no surety in anything other than the chance encounter, the photographed moment, the emotive. This modus is as much about seeing as it is about not seeing. Most of what I photograph is unprintable due to an excess of resultant film fog on my negatives. It’s all blindly unpredictable.
I print what ‘the city’ permits me to, what ‘chance’ salvages for me from the wreckage.

‘In-Land Out-Cast’ is a type of ‘psychological thriller’, a cinematic journey into a living necropolis, a derelict interior - phantasmal, emblematic, broken and concrete-entombed. It transverses a city of ‘real-fiction’, looped in repetition, inhabited by weighty yet invisible presences, pregnant yet impregnable shadows. Its cast are light torn people, those who are dissipating, those unsure if they’re male or female, alive or dead, the city’s ‘spirits’ - its detritus, its insane, hungry, homeless, ostracized, undefined & unformed - close ones, unknown ones, ones who come at you again and again.

It follows the haunted and the haunting, the dream-busted, the smashed and forlorn through a city built on the blur between this world and the next. A city we possibly die into. Are possibly born out of.