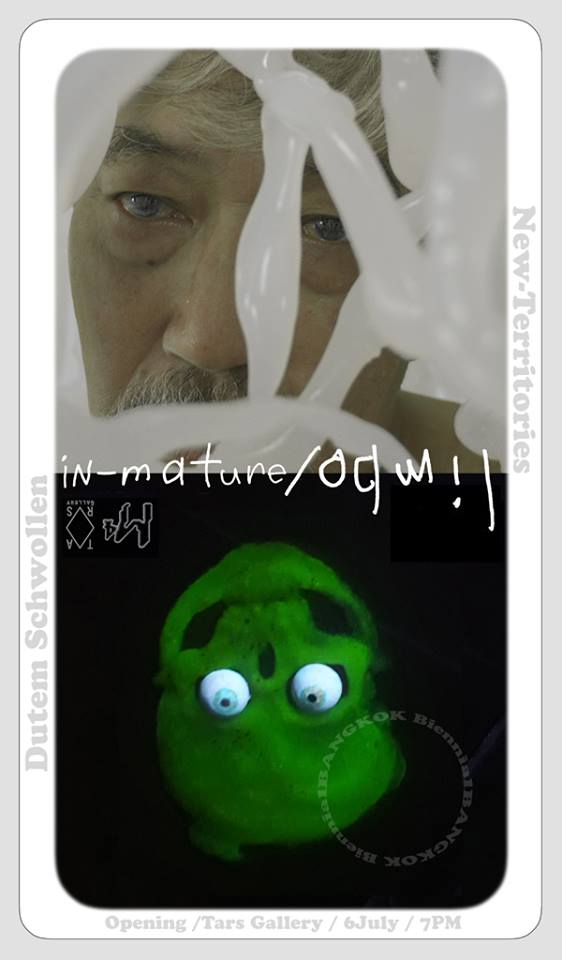 Welcome to a game where the rules have been erased. The martyr of the aesthete acts as a trigger… “Mister,” the ‘Cat’ is away…in a curating-non-curating-moody posture… so… we dance in farandole formation, in the innocence of play…. Now… only now / welcome to ‘dangerous methods’ at the wheel … We are not guilty… neither in thought nor in action … an immunity and a wild card begin their circulation … flickering fire, exorcise that daemon … to erect some sand castle from where we scream, rumble and spit on the passerby … We are not guilty… we’re holding the cards … immunity and a wild card. Acting in the isolation and cruelty of the two-faced teenager, the forbidden is forbidden… No resentments at our stage of pre-pubescence, we could shoot kittens, pull legs off spiders, emasculate our daddies, find refuge in the darkness of our confusion, cruising zombies and elves and clowns ...fleshy monstrosity oozing erotic toxins…no matter….intricacy of nightmares flexing morning wood/clito-tumescence … bed sheets cling, as a flag…our innocence … clad in battle tunics with no cavalry …

Just say no to norepinephrine… sensation of pleasure.

We eat greedily, gagging and vomiting spasmophilically, ad-nauseum…compliances, teachers, institutions … every clerk who framed the legitimacy of the order, the order of the discourse, and the discourse of the master…

“In-mature-Limbo”…. it proceeds by variation, expansion, conquest, recycling, adapting, capturing, embracing, tweaking... It is a connection to sexuality, anima mundi, photomorphogenesis, terra mater, affairs of cities, artifice, machines and bits... like a thousandth plateau... it means discovering continuous areas of intensities pulsating all by themselves and evolving by avoiding being directed toward a culminating point or external end, a little war machine, an automatic pistol of combinations, associations... assemblage in vivo that’s a lot more incisive than innovation in vitro... It operates like so many “dream machines,” pitted against the methods, messianisms, and mercantile theories of happiness, the natural state privatized and re-primitivized, symbols, progress. When everything has once and for all suddenly descended into ‘anything goes,’ the deep freeze, urban guerilla warfare, and the rest of the whole shamozzle, there remains that sixth sense, nerve endings and defensive reflexes.