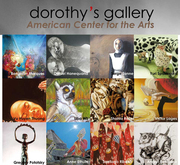 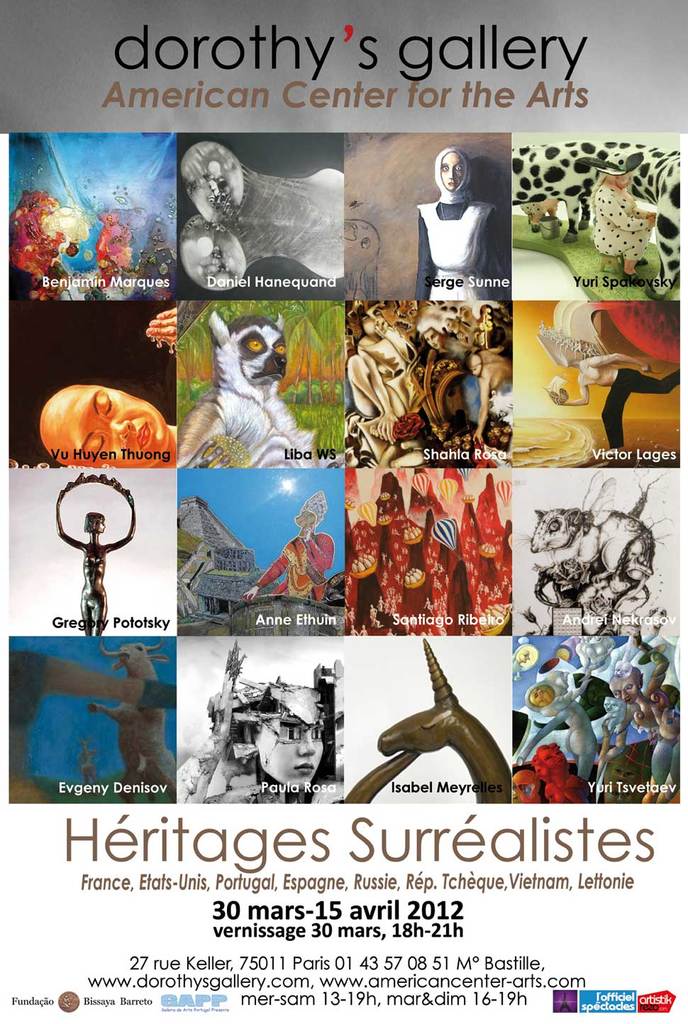 During the course of the exhibit, the show will also present French surrealist painter and poet Bernard Ascal who will read poetry from his bestselling book on Aimé Césaire.

This show is testimony to the ever growing International movement of surrealists and visionary artists who express their universe through symbols both personal and sacred.

“Surrealism, which was born after the first world war, is characterized by its opposition to all social conventions, moral and logic. It is a movement immersed in dreams, instinct, desire, rebellion, and the liberty of life. It is also perhaps the movement most tied to imagination, a movement fully alive in the artistic and literary worlds. In Portugal, it is perhaps the link which ties these two worlds together. Prof. Perfecto Cuadrado said so aptly in one of his conferences: “The history of Surrealism, meaning anthologies, studies, catalogues (and exhibits) devoted to the so called International surrealism, needs to be divulged – the price, sometimes, in a simplified fight against other forms of simplification, when it is not against a total silence due to sectarianism, or ignorance whether French, Portuguese or International.” Surrealism through words, painting and sculpture continues, like life to be: insistent, concrete, daily and real. This exhibition in Paris, the birthplace of the movement, is proof t
hat “International Surrealism” is still alive.”

American Center for the Arts