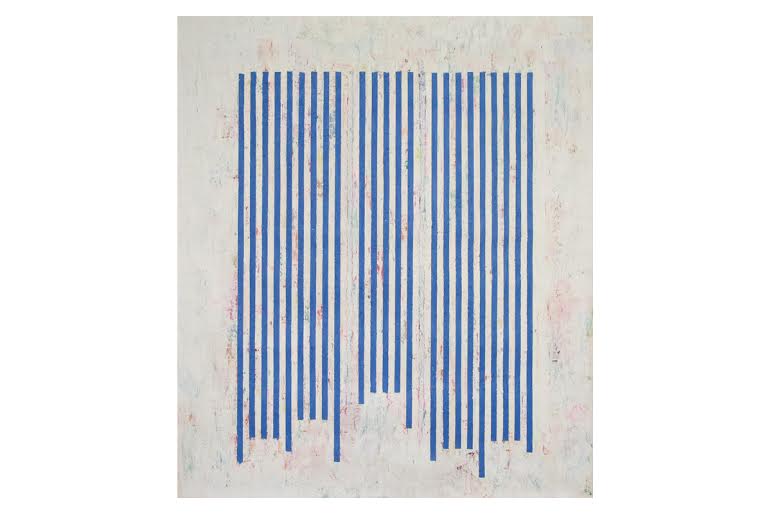 H Gallery is very pleased to inaugurate our new space G 1 CONTEMPORARY at Gaysorn in Bangkok with an exhibition by Mit Jai Inn. Mit has emerged as one of Thailand’s leading artists with a practice that shifts from lushly painted surfaces to site-specific and participatory installations. Pastorale is an ambitious showcase of specially created works.

Gaysorn is situated by the Ratchaprasong intersection in central Bangkok, a historic site near one of the first downtown districts of the city, a place of regular community celebrations and home to the Erawan Shrine which holds the revered statue of Brahma. Ratchaprasong is also where so-called red-shirt protestors created a blockade in 2010 in order to protest their disenfranchisement.

Pastorale claims a provocatively ambiguous relationship to the traditional and newly acquired significance of this area which is also testament to the excesses of contemporary consumerism. Comprising large canvases with Mit's characteristic repetition of bold passages of color, the physicality of the works - both in scale and heavily-worked surfaces - begets metaphoric and mythic interest. 'Pastorale' is a type of music that idealizes rural or farming life. The surfaces of Mit's paintings strike a hypnotic note and their presence is all-encompassing. The title is a paean to ideas of a peaceful rural population as the seductiveness but ultimate bluntness of the artist’s works reflects the complex dynamics of myth, surface interest and a reality that inevitably bleeds through.

Mit Jai Inn is based in Chiang Mai in Northern Thailand and exhibits internationally. Mit lived in Europe during the 80s where he worked with the renowned artist Franz West and also attended the Academia of Angewandte Kunst. Exhibitions include biennales in Singapore and Sydney, the Palais de Tokyo in Paris, and regional solo exhibitions including Phnom Penh.

G 1 CONTEMPORARY is located on the ground floor of Gaysorn.
The gallery is open daily from 10 am until 8 pm.
Gaysorn, 999 Ploenchit Road, Lumpini, Pathumwan, Bangkok