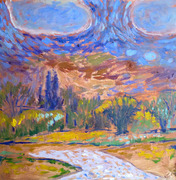 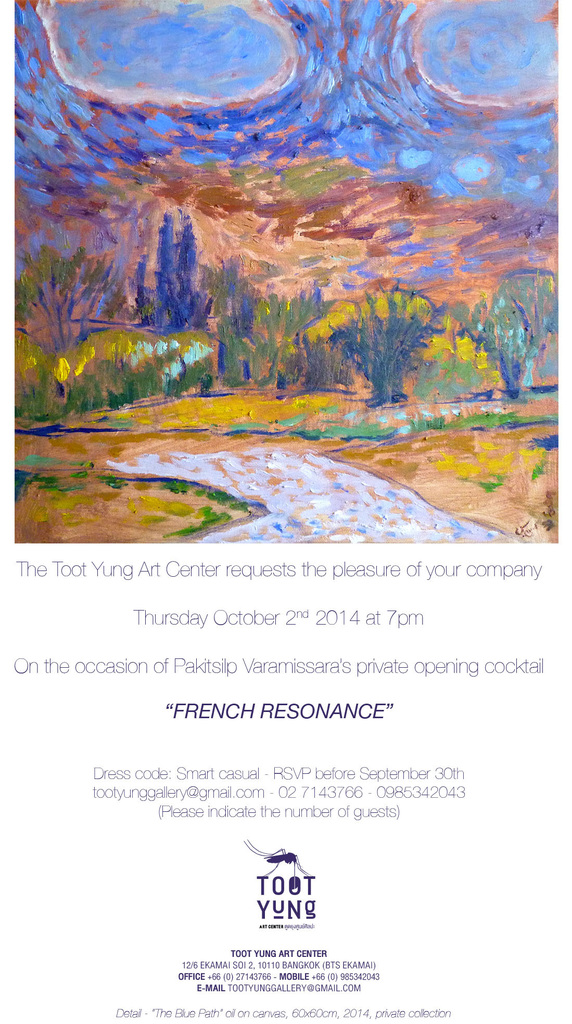 “French Resonance” is a showcase of oil paintings, sketches and watercolors produced in France, during the summer 2014 by Chiang Mai based painter Pakitsilp Varamissara.

Mostly landscapes, a tribute to modern French artists admired by Varamissara, these recent works were made in the footsteps of Cezanne, Van Gogh, Bonnard just to name a few of the legendary artists who painted the warmth and beauty of the South of France.

The originality of this exhibition is of course to see the interpretation of a Thai artist who comes from a Thai traditional painting background. The unique style developed by Varamissara these past years, the mastery of design, tone, composition and color that spans his life's work is highly characteristic. We can still feel the influence of traditional Thai painting, in which the artist was formed, but Varamissara once again pushes these traditional codes further away.

In the simplest manner, Pakitsilp paints like he breathes. His humor, intelligence, beauty and spirituality can all be found expressed in his works. He is an artist of transparency, outside every movement and fashion. He is not here to please or impress a crowd. This is what makes his art so fresh and vivid. He and his art, which are quite inseparable, are a testimony that humans still can be free.