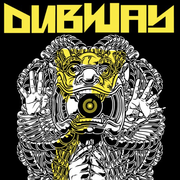 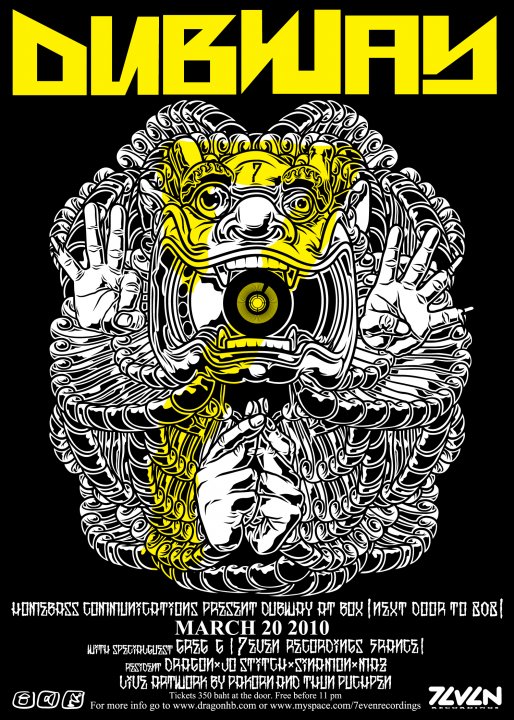 Homebass Communications and Dubway are proud to present Greg G from 7even recordings France. To date 7even recordings have been responsble for releasing some of the most cutting edge bass bin killin' dubstep tracks. Artists such as Likhan, Helixir and F have all achieved much success with the support of Greg G's label. This is truly a special event and we hope that all Bangkok bass heads will be able to come and enjoy the vibes with us that night. Get ready for a ride through the different colors of bass and Greg G takes you on a ride through Dub reggae, Dubstep, Dub techno and Jungle.

Heres the full Line up

tickets are 300 baht at the door. FREE BEFORE 11PM so get there early!

for more info check out www.dragonhb.com and

reg G is one of the original French Dubstep DJs.

He starts mixing Jungle Music in 1997 and spins later UK Garage and Dubstep in France, promoting events in Paris and his hometown Nantes, and running several radio shows on the French airwaves.

In 2008 Greg G launches his own 7even Recordings label, in order to push the French Dubstep scene on wax. After only one year and less than ten releases, 7even has already gained a strong reputation of quality on the international scene, notably featuring on a special 'Hotflush vs 7even' showcase in january 2009 at Mary Anne Hobbs' Experimental Show (BBC Radio One).

He is also the promotor of the n° 1 Dubstep night in Paris, the ‘Basement Ltd.’ nights, in collaboration with his partner in sound Synaptic. Inviting the cream of the scene, those nights are held at ‘Le Nouveau Casino’ club, a venue with one of the best sound system in the french capital city. Greg G has played alongside Skream, Benga, Goth Trad, Pinch, Mala, D1, Scuba, Kode 9, Youngsta, Kromestar and N-Type amongst others.

Right now living in Tokyo - Japan, catch his sets at regular events such as Goth Trad's Back To Chill party at Club Asia and Drum & Bass vs. Dubstep Warz at Unit amongst others.

RSVP for Dubway presents Greg G of 7even recordings to add comments!