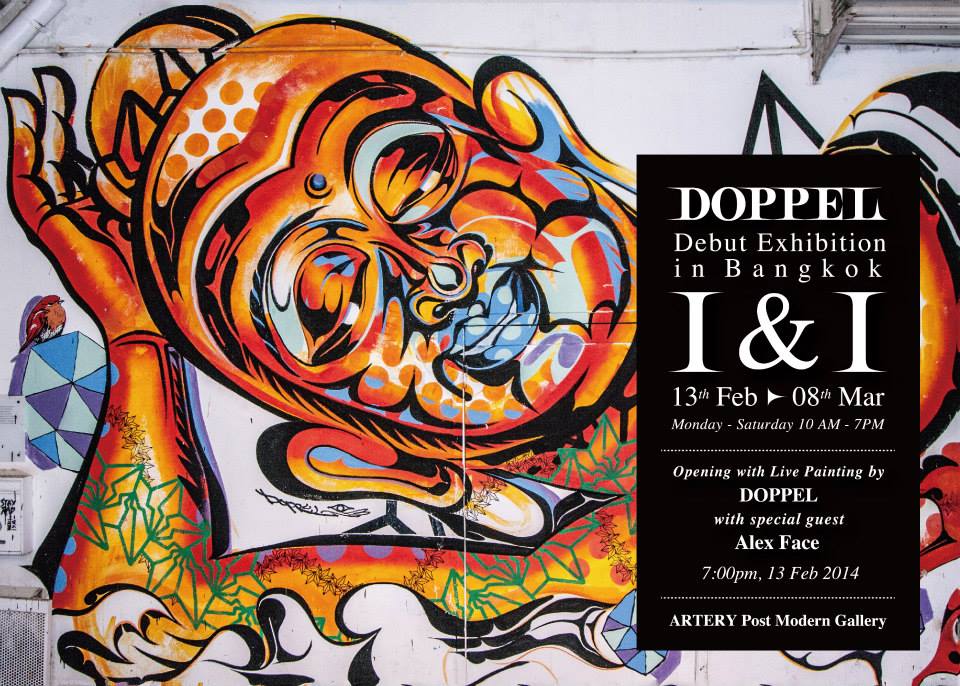 "DOPPEL" a "live-painting duo" by BAKIBAKI (KoheiYamao) and MON (Koutaro Ooyama).
Started at 2001, they've been worked with the concept of “expression being pursued in the unit of <two persons> who are not society, nor an individual".
Because there is no majority, only two persons, so they’re always getting a new expression that couldn’t think as an individual, but by a collaboration as a discussion. And it always just "I&I"
The unit that manifestly “Doing live-painting like a band does session”. They’ve created a painting collaboration same way as an improvisation of a jazz band, by fusing an entire surrounding ambience into their painting session.

DOPPEL is recognized as one of a pioneer of the Japanese “Live-Painting Culture”. They’ve worked in various situations, from live-painting at club parties and festivals, to murals and installations for shops and public walls (official). They have produced work for SONY, NIKE, TOYOTA, Facebook, etc.
12 years of DOPPEL, their work has fused with different influences and fragments from various aspects. From the obvious fact that DOPPEL’s activity is deeply rooted with a scene of club party experiences. Lately, their works has stepped further into more culture accumulations and fusing with an environment in particular locations.
DOPPEL's focusing and moving forward to the Asian cultural & histories aspects. The content of ‘Iconic Hero” has been used to express DOPPEL’s work in each particular spaces and clearly shown in the live-painting activities in Bangkok last year.
For their coming Bangkok debut exhibition in February. The content of “Iconic Hero” will be the essence of how DOPPEL is collaborating and expressing their work under the name of “I & I”. 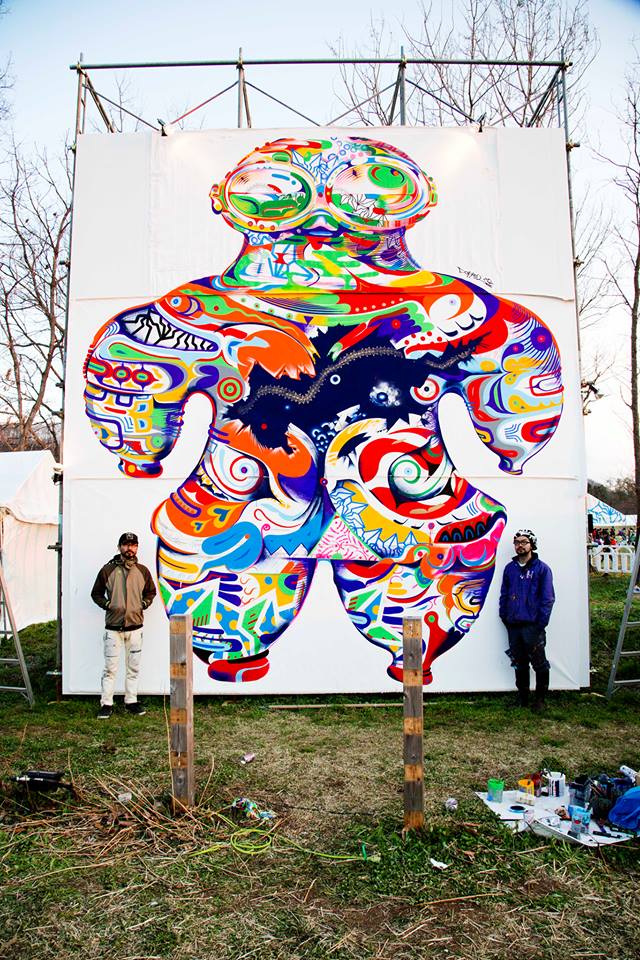 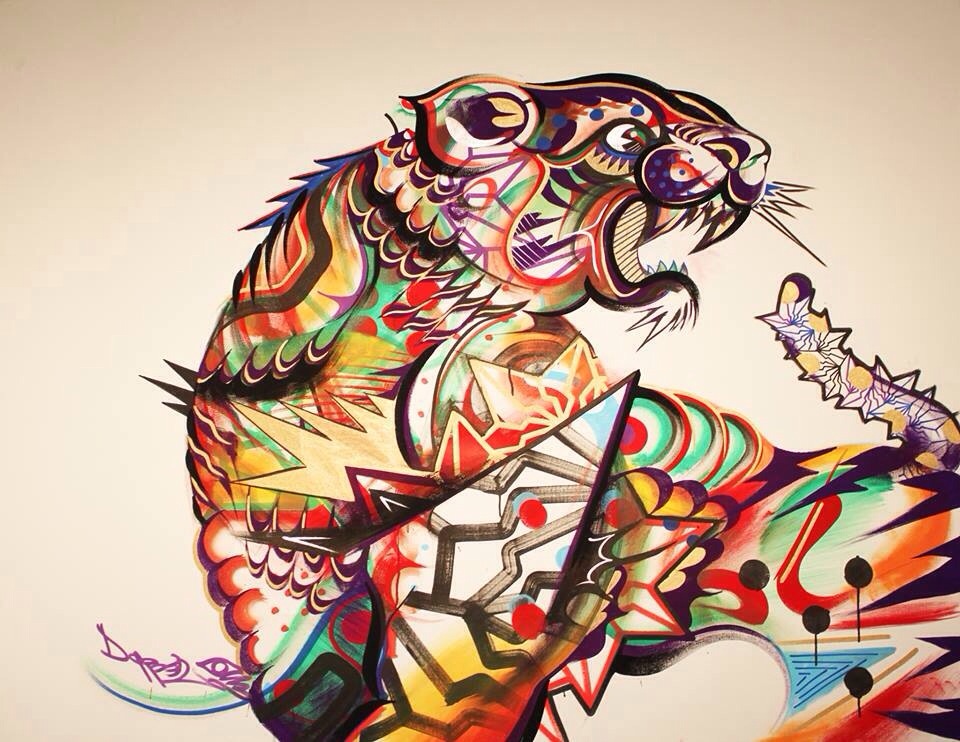 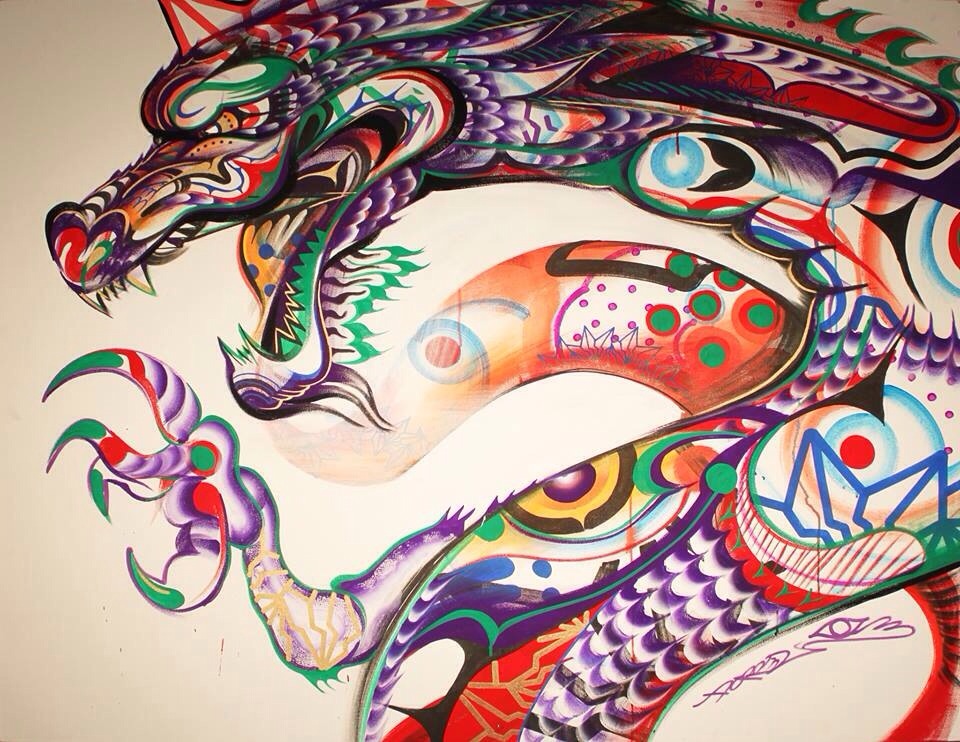