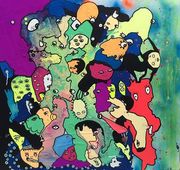 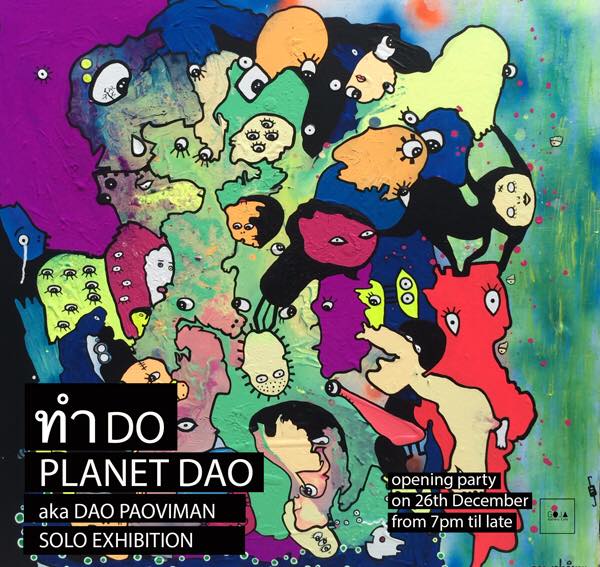 Lives and works in Bangkok

Dao grew up in Bangkok on a diet of Japanese manga, anime and old Thai ghost stories, she was later exposed to Australian psychedelic art and Melbourne street art, whilst studying in Melbourne which ‘really opened’ her to what could be defined as art and what she could create.
Dao paints with a heightened sense of colour and bold spontaneity, throwing colours onto plywood or canvas with no restraint whilst still having meticulous attention to details. Her work draws you into an alternate dimension, a familiar and at the same time alien reality we rarely enter in a conscious state.

Artist's Statement
Influenced by Asian pop culture, graffiti and the streets of Bangkok, I have been creating abstract illustrations based on free form and imagination since I was a child.

My work begins life as a simple sketch from one of the many volumes , I have filled on my travels throughout Thailand and abroad. These ideas grow on canvas by allowing the paint to take on a life of it's own, I have created shamanic visions filled with otherworldly child-like characters.

This series is a move into a positive direction, listening to the inside about how I really feel. Negative energy transformed to positive energy in the painting. The act of painting is life affirming, a cathartic release of emotions. Drawing feelings, I find myself more and more after I paint. However I want it to be not just an experience for me, I want it to be beautiful for other people too, I believe that the paintings and the colours can affect the way people think, give them ideas.