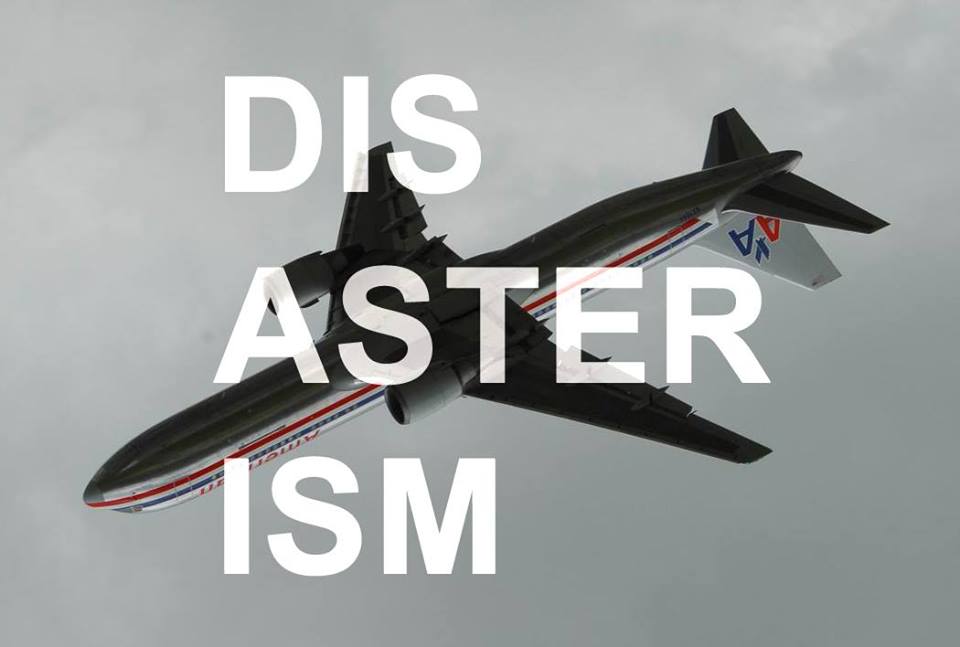 'Disasterism' is a group exhibition which seeks to address this spectacular disaster thru various means of recollection and reinterpretation, abstractions displaced in disparate locations - New York, Switzerland, and Bangkok.

The timeline of the original event is used as a template and coincides with the timing of the memorial ceremony, as broadcast on the morning of the same day in New York on CNN.

But we are not obligated to attend the ceremony politely, & in our fantasies and fancies are forgiven if we stray into the realm of disaster tourism to watch this *disaster movie of Manhattan.

*"The symbolic collapse of a whole system came about by an unpredictable complicity, as though the towers, by collapsing on their own, by committing suicide, had joined in to round off the event”

Disasterism is a project within the American Pavilion at Bangkok Biennial. http://bangkokbiennial.com/wiki/index.php?title=American_Pavilion#Disasterism

*The spirit of Terrorism
Jean Baudrillard