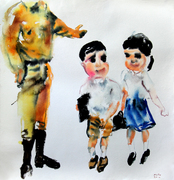 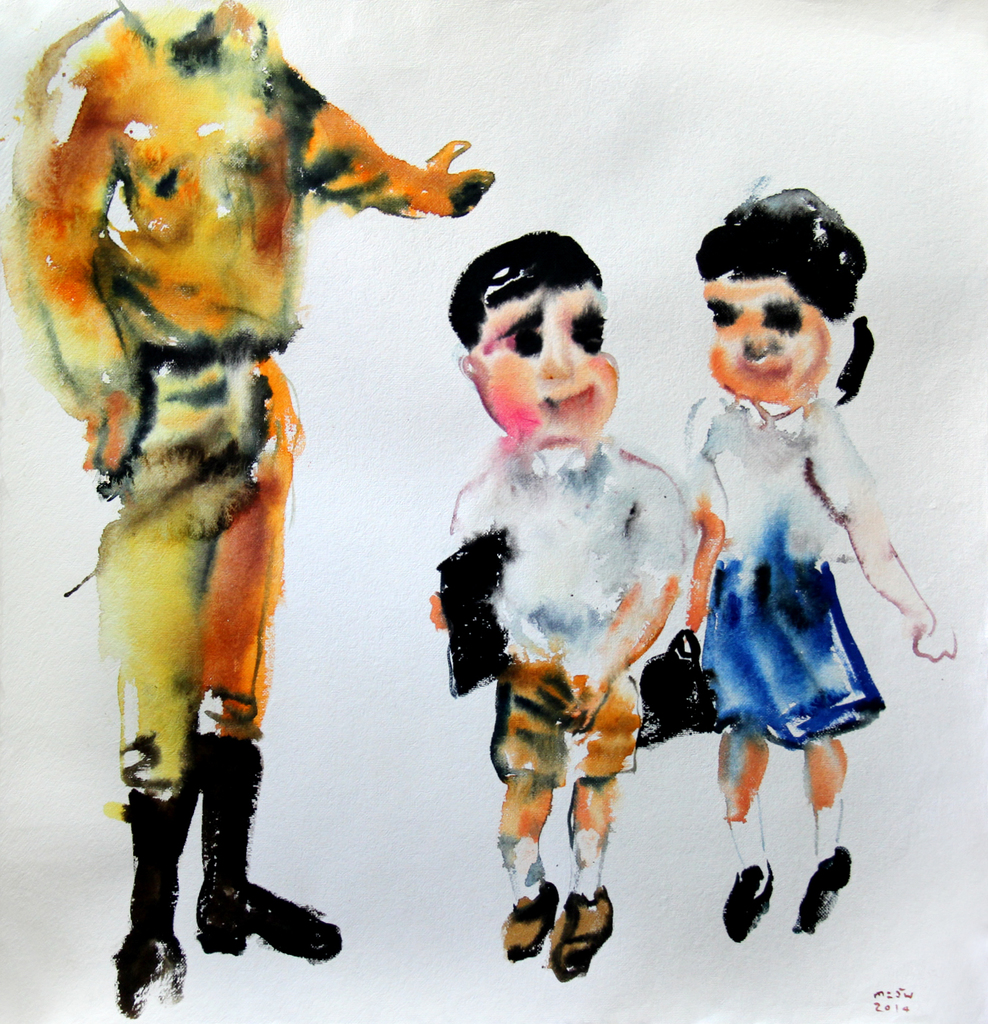 "Dek Oey Dek Dee" (Good boys and girls) is a popular Thai children's song dictating how to be good by 10 moral rules. Under Thailand's oppressing government, artists have to juggle with subtility in order to expose their true thoughts towards the political situation. With this new body of work, Wattuya once again excels at transposing his provocative social visions into forceful and vibrant paintings. Inspired by an emblematic Thai schoolbook, which has been used to educate thousands of Thai children since the seventies, Wattuya's latest paintings are a humoristic satire of Thai youth's brainwash. Large scale watercolors depict the heroes of this famous schoolbook, juxtaposed with images of modern Thai children in school gatherings. As a distant echo, the ensemble of the exhibition creates a subtle link between Thailand's present regime and the 1976 political turmoil and the dictatorship that followed.

Wattuya has been inspired by social and political issues for over 10 years now which brought him to develop his unparalleled technique of large scale blurred watercolor. After working in art residencies in several countries, Europe, the US, Asia and even South America, Wattuya has taken some distance from his homeland, studying the social and political situation from afar, bringing to his work more layers of understanding and deepness. He is now considered one of Thailands' most unique and engaged painter. His works have been exhibited extensively in Bangkok, Singapore, Beijing, Paris, New York Etc. 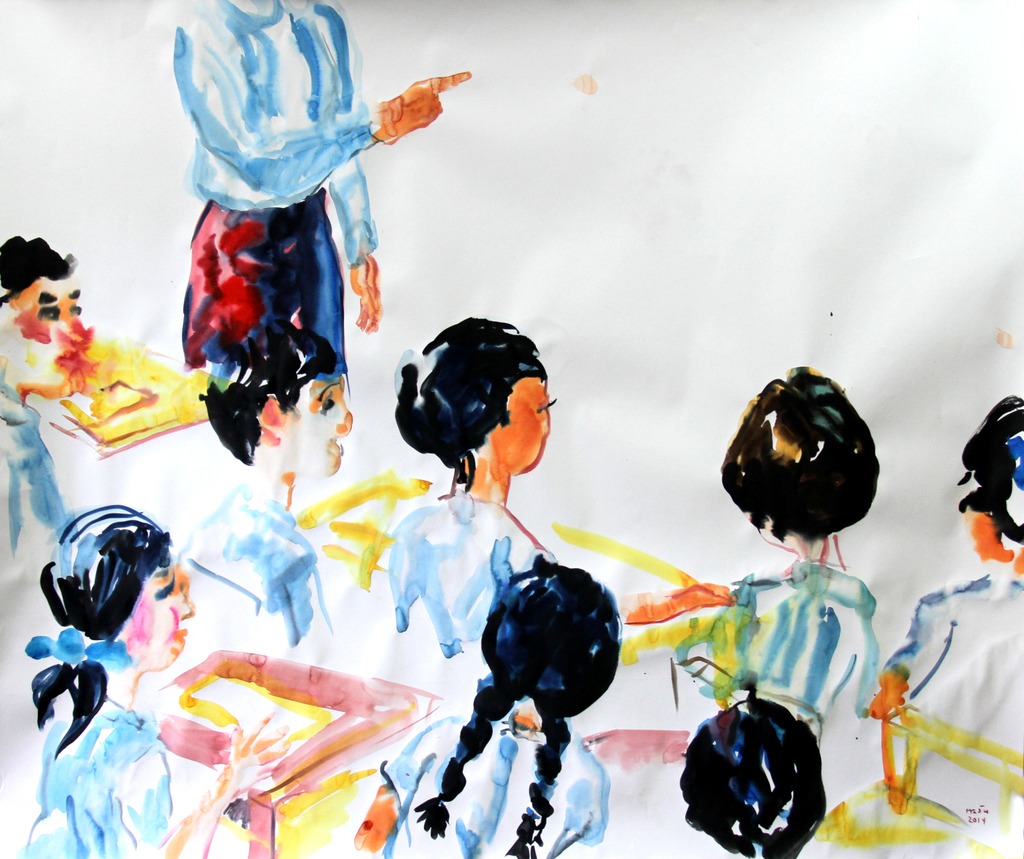